DES MOINES—The Republican Party of Iowa charged today that Brad Anderson‘s ties to convicted criminal Zach Edwards while Edwards worked under Anderson at the state’s largest Democrat consulting firm should concern Iowans seeking a neutral arbiter of elections. Edwards pleaded guilty in 2012 to using a computer at Link Strategies to steal the identity of Matt Schultz, Iowa’s Secretary of State.

“Brad Anderson’s cozy connection to a criminal dirty trickster strikes at the heart of his disingenuous campaign to portray himself as a champion of free and fair elections,” said Iowa GOP co-chairman Cody Hoefert, a chiropractor and city councilor from Rock Rapids. “Brad Anderson is a career partisan operative whose underling was convicted of stealing the identity of Iowa’s Secretary of State in an attempt to frame him. It’s hard to believe it’s just a coincidence that Anderson soon sought the same office. Iowans simply cannot trust Brad Anderson to oversee the integrity of our elections.”

1. Either (a) you have incredibly poor judgment and management by remaining ignorant of the fact that your protege attempted to steal the identity of Iowa’s Secretary of State from a computer at your office, (b) you foster a business climate at your firm that tacitly condones such tactics or (c) you knew about Edwards plot and approved it. Which is it?

2. Edwards says that his involvement with My Digital Manager, a service of Link Strategies, ended in Jan. 2013. If that’s true, he continued to work at Link Strategies even after Jeff Link told journalists that he immediately fired Edwards in 2012.

3. This is not the first time that Link Strategies has been caught using unethical or illegal tactics in its campaign consulting business. In 2002, Anderson’s business partner Jeff Link, then-manager of Sen. Tom Harkin’s campaign (and current consultant to Rep. Bruce Braley’s campaign), was forced to resign after a subordinate bugged a meeting of Harkin’s opponent, then-Rep. Greg Ganske. Considering the track record of partisan dirty tricks used by Link Strategies, how can Iowans trust you to manage the office of the Secretary of State impartially?

4. As a public figure running for Secretary of State, you should be fully transparent with Iowa voters and release a comprehensive list of your clients and projects Considering the questionable ethics used by your employees on behalf of your clients at Link Strategies, why do you refuse to release your full client list? If you’re so “proud” of your clients, why are you stonewalling Iowans? Voters deserve to know who you represent if you want to represent us.

“Brad Anderson, a Chicago-style hired gun for Democrats and left-wing causes, including disgraced former Sen. John Edwards and the Democratic National Committee, could not have a worse resume or ethical track record to be trusted as Iowa’s chief elections officer,” Hoefert said. “Fortunately, Iowans can choose a principled public servant for Secretary of State: Paul Pate, who has a proven record of serving honorably in that role after his service as mayor of Cedar Rapids and in the Iowa Senate.”

“Iowa Secretary of State Matt Schultz said a Democratic strategist who was convicted of identity theft sent him an email that appeared to be from his brother and falsely suggested the two had received illegal payments from Rick Santorum’s presidential campaign… Firm founder Jeff Link said he was greatly disturbed by the charge against Edwards but that his actions were carried out on his own time and ‘unrelated to his work with Link Strategies.'”
[Associated Press, 7/8/2012]

NOTE: A Link Strategies computer was used to commit the crime, and Link also initially denied responsibility for his involvement in a similar 2002 scandal. 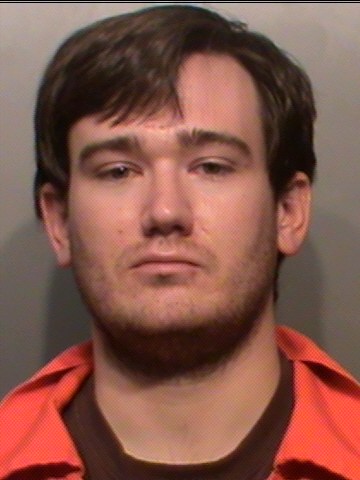 6/24/2011—Zachary Scott Edwards, according to acriminal complaint released by the Iowa Department of Public Safety, “fraudulently used, or attempted to use, the identity of Iowa Secretary of State Matt Schultz and/or Secretary Schultz’s brother, Thomas Schultz, with the intent to obtain a benefit, in an alleged scheme to falsely implicate Secretary Schultz in perceived illegal or unethical behavior while in office.”

1/20/2012—Jeff Link claims he fired Edwards immediately upon learning of the criminal complaint.

3/8/2012—Edwards switched his initial not guilty plea to guilty and received a deferred judgment of one year’s probation, 20 hours of community service and a $65 fine.
[TheIowaRepublican.com, 3/8/2012]

1/2013—Edwards claims he ended his involvement in My Digital Manager, a unit of Link Strategies, more than a year after firm partners say they fired him.
[Zach Edwards’ LinkenIn profile, accessed 9/2014]

Edwards worked as an aide to then Sen. Barack Obama’s presidential campaign in the 2008 cycle as a Nevada organizer and “new media director” in several states before working as the campaign’s Iowa director of new media for the general election campaign. Brad Anderson later hired him at Link Strategies, where Edwards says he worked from Dec. 2008 to Feb. 2012. Edwards founded Victory Medium, an Austin, Texas-based firm, in Feb. 2012.

Edwards lists his past employment history as the co-founder of My Digital Manager, a unit of Link Strategies and he says he ended his involvement in the project in Jan. 2013—more than a year after Link told the Des Moines Register that he fired the supposedly rogue staffer. Edwards says he “led product development for the company.” He also boasts of conducting research on former Rep. Anthony Weiner, D-.N.Y., that “was cited as a reason for him dropping out of the 2009 Mayoral race.” Edwards is still “connected’ to Sam Roecker, a current Link Strategies employee;Matt Paul, a former Link Strategies partner now working at the U.S. Dept. of Agriculture; and state Sen. Jack Hatch, the Democrat gubernatorial candidate.
[Zach Edwards’ LinkenIn profile, accessed 9/2014] & [BleedingHeartland.com, 1/21/2012]

“Jeff Link, who ran Mr. Harkin’s 1996 re-election effort and later served as his chief of staff, had denied earlier in the week that the campaign had anything to do with surreptitiously — and perhaps illegally — taping a Sept. 3 meeting of the Republican challenger, Representative Greg Ganske. But today Mr. Link became the second Harkin aide to lose his job over the incident. The resignation came hours after the Republican state chairman, Charles Larson Jr., accused the Harkin campaign not only of sending a former Harkin staff member to spy on the Ganske meeting, but of providing the tape recorder. The man who taped the strategy session, Brian Conley, was invited after donating $50 to the Ganske camp this summer — a contribution that Mr. Larson said a Conley confidante told him was suggested by Harkin aides as part of the scheme to gather secrets from the opposition. ‘This was not a rogue Harkin supporter,’ Mr. Larson said today. ‘He was directed by the Harkin campaign to infiltrate the Ganske campaign.'”
[New York Times, 9/28/2002]

“Wiggins [then Harkin’s lawyer, now and Iowa Supreme Court Justice] told reporters he’s convinced the only people who knew anything about the arrangements were Brian Conley and the young staffer, who he identified as a ‘Mr. Ruthchild.’ Harkin said Conley worked for his Congressional staff in 1975 and part of ’76. Harkin says ‘hundreds’ of people have worked for him and he lost track of Conley, and can’t remember the last time he saw Conley. The young staffer Harkin identified as the scapegoat resigned from the campaign earlier this week. Republicans say they don’t buy the Senator’s explanation that a single staff member thought up and carried out the scheme on his own.”
[Radio Iowa, 9/27/2002]