ICYMI: Iowans Call on Reps. Axne and Finkenauer to Vote Against Impeachment 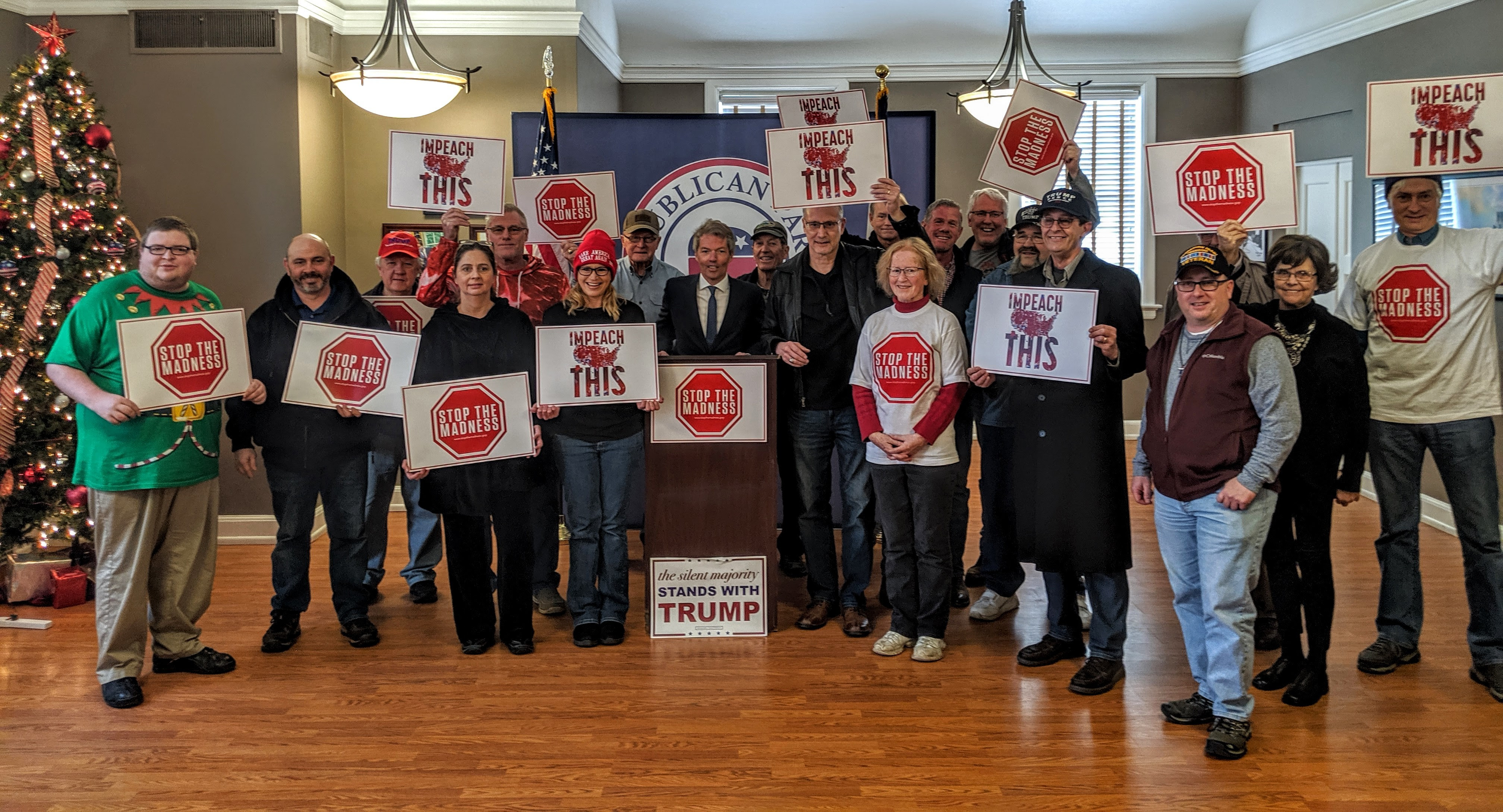 While some House Democrats have been vocal about their opposition to the impeachment sham, Reps. Axne and Finkenauer have been ignoring questions from their constituents. Axne recently dodged the question again by saying, “When it gets brought to the floor then I will do my job in upholding our Republic and ensuring that we have a Democratic society.”

Nothing says upholding democracy like supporting a plan to erase the votes of millions of Americans. And to prove just how out-of-touch Axne is, she told her constituents over the weekend that the USMCA doesn’t “have a heck of a lot of major benefit for Iowa.”

During Saturday’s rally, Trump Campaign Senior Advisor for Iowa Eric Branstad said, “The president says it best: a sham and a hoax. He is out there working tirelessly, every single day and night for the American people. He puts the American people first -- delivering on the promises he made all of us in 2016. And what are Reps. Finkenauer and Axne doing? Wasting our time.”

It’s past time they put politics aside, stand up for their constituents, and put an end to Democrats’ desperate attempts to impeach our president.