On Sunday, Cindy Axne appeared on MSNBC to tell Iowans, "I'm with Pelosi." 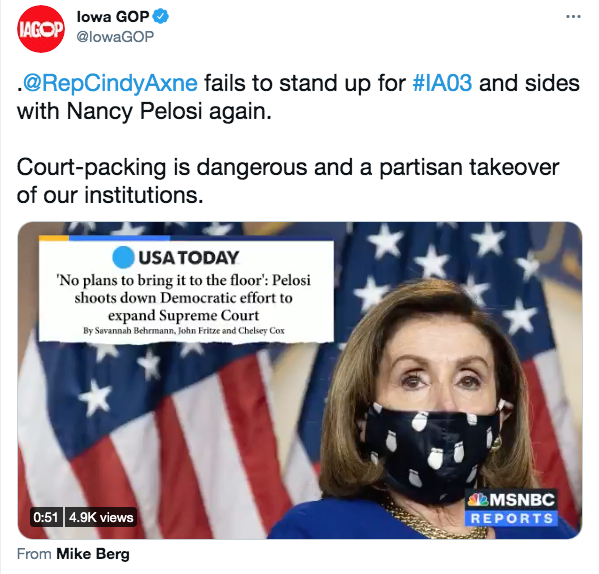 In a question about Democrats' latest attempt to consolidate power in Washington, D.C., Axne said she's where Pelosi is on court-packing.

Iowans already knew Axne would fall in line with Pelosi - she does it every time. Axne has avoided answering questions about important issues like the border and Iowa's Second Congressional District, just to stab Iowans in the back when the time comes.

Axne has turned into a D.C. swamp creature. She's taking money from AOC and is already looking for her next job. For Axne, it's no longer about Iowa's Third Congressional District. It's all about increasing her power in D.C.

"It didn't take Cindy Axne long to go full on swamp monster," said Republican Party of Iowa Communications Director Kollin Crompton. "Whether it's amnesty, the Green New Deal, or defunding the police - Axne is always 'with Pelosi,' and that's the problem."