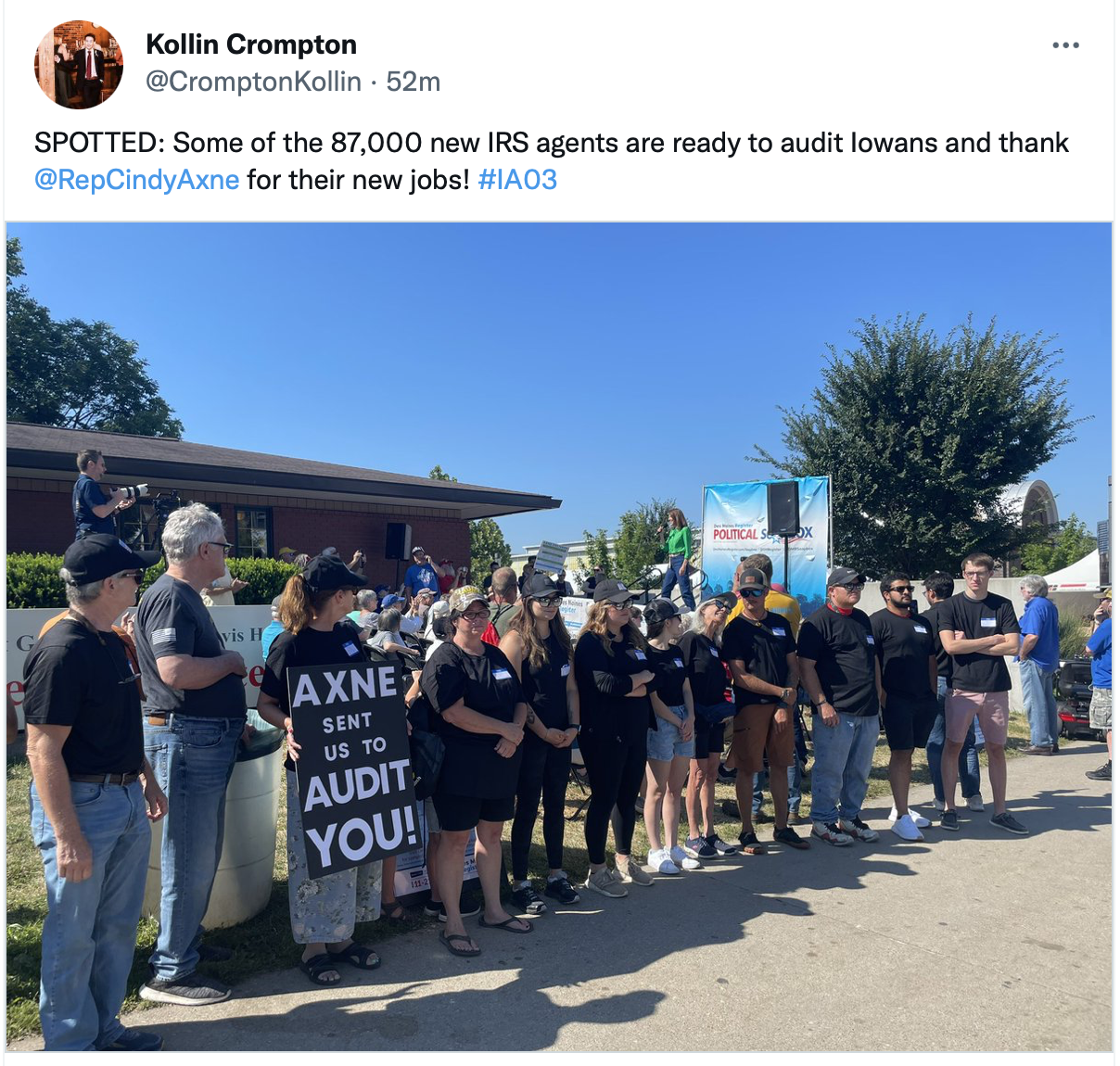 While Democrats will try to claim that voters making under $400,000 will not be audited, it takes only one look at who the IRS audits the most to know it's false. Low income Americans get audited 5 times more than everyone else.

“Axne hired 87,000 agents that will intimidate and steal from Iowans even if they are making less than $400,000 a year,” said Republican Party of Iowa Communications Director Kollin Crompton. “Axne and the Democrat Party are focused on all the wrong issues and their new hires prove it. When you begin being audited, you can thank Cindy Axne!”