At a town hall last week, Cindy Axne claimed she isn't worried about the rising cost of gas and other everyday goods. She even went as far as to call the worries about rising inflation "false advertising." 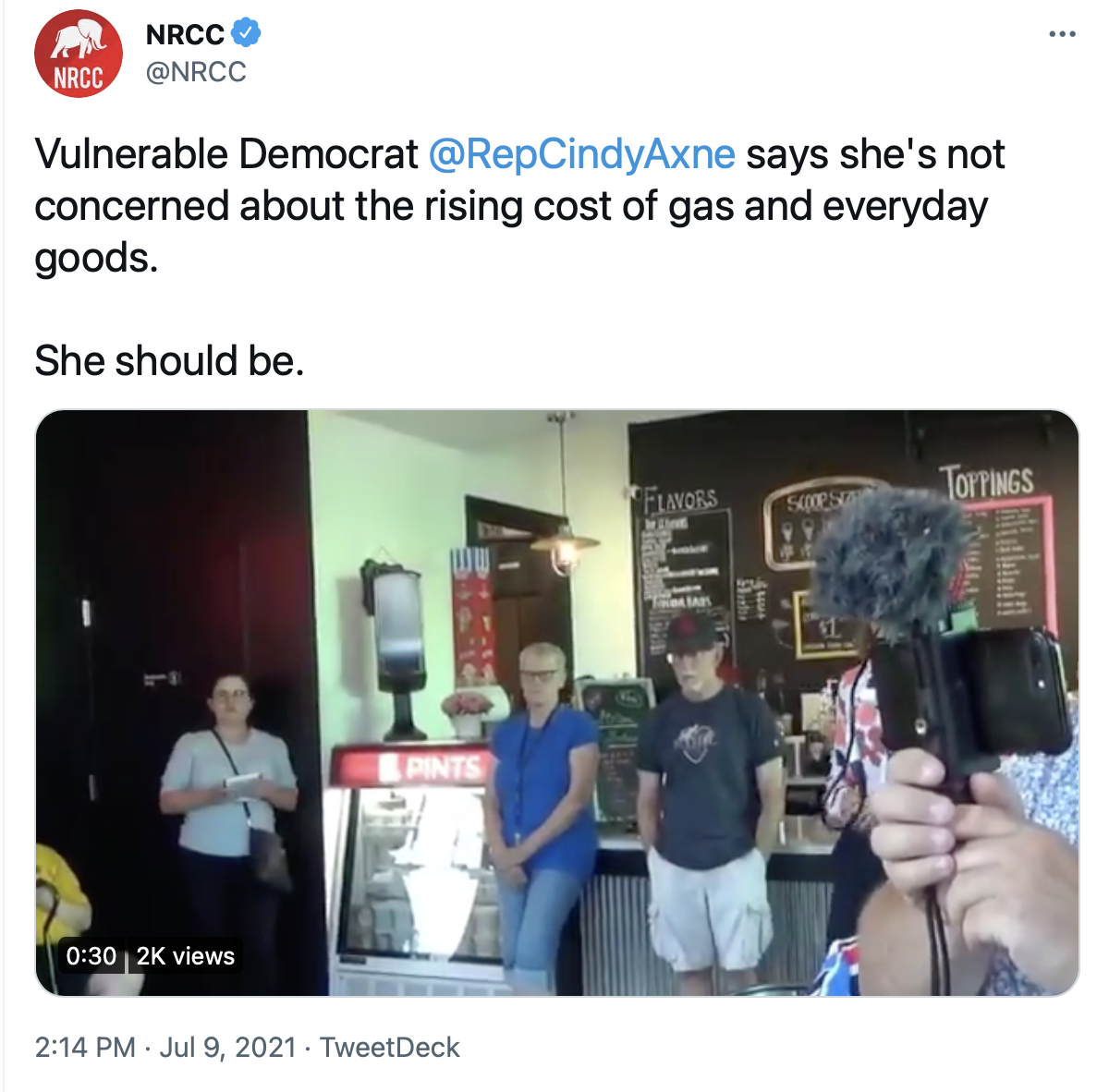 To Axne the economy is a game - it's about throwing large amounts of federal dollars at anything she can find. It doesn't matter if her plan cost American workers their last few dollars because, for Axne, she will always have millions  from Nancy Pelosi to fall back on. Axne doesn't have to try and make every dollar stretch just get fill up the gas tank.

Contrary to Axne's claim, Higher Inflation Is Here to Stay For Years, Economists Forcast. It was announced just this morning that the cost of living rose in June by the largest amount since 2008.

"Axne's constituents are being crushed by inflation and she couldn't even try to be empathetic," said Republican Party of Iowa Communications Director Kollin Crompton. "Iowans know that electing Republicans in 2022 means turning off this firehose of government spending."