Axne's Silent On Calls For Defunding The Police

The Democrat Party is proving once again that they are the anti-police party. Whether it's defending the violent rhetoric or ignoring it, Democrats are clear in their message - they want to defund the police.

Over the weekend, Rep. Maxine Waters said, "We've got to get more confrontational, we've got to make sure that they know we mean business."

Rep. Rashida Tlaib even tweeted this weekend, "No more policing, incarceration, and militarization. It can't be reformed."

Democrats aren't even trying to cover for their left-wing anymore.

Meanwhile, Republicans are defending and supporting our police: 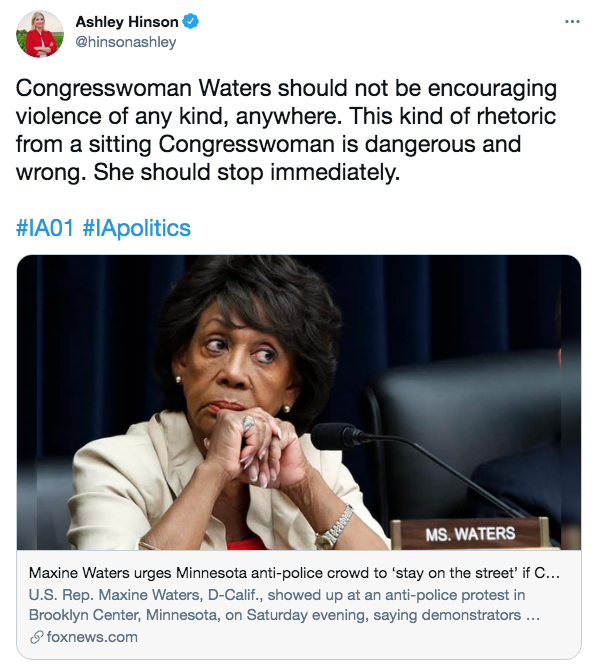 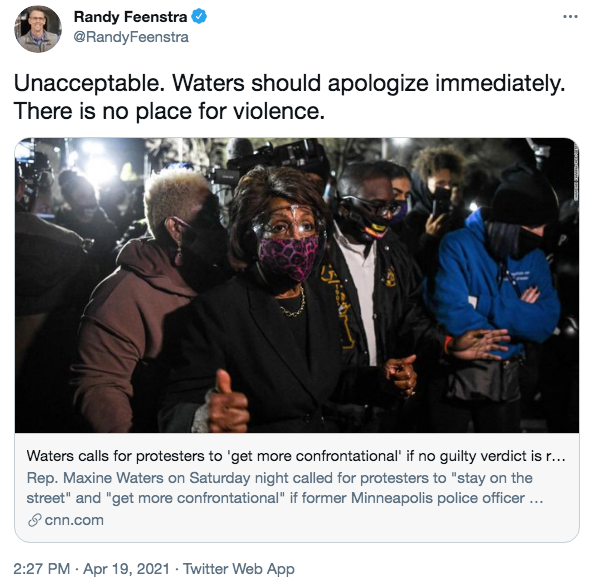 "Axne's silence on her colleagues' rhetoric tells us all we need to know - she agrees with Waters," said Republican Party of Iowa Communications Director Kollin Crompton. "Axne likes to project herself as a moderate, but Iowans know she will stand with the far-left radicals in her party more often than she will with Iowans."