In a new bombshell report by the New York Times, Cindy Axne has been exposed for buying or selling stock, bonds, or other financial assets that, "intersected with their congressional work or reported similar transactions by their spouse or a dependent child."

The report shows that Cindy Axne, Iowa's lone federal Democrat, had 13 potential conflicts and goes into detail about Axne and her husband's trades of Wells Fargo stocks. "Ms. Axne and her husband reported four purchases of Wells Fargo stock while the House Financial Services Committee, of which she was a member, was investigating the bank over fake accounts and other misdeeds." 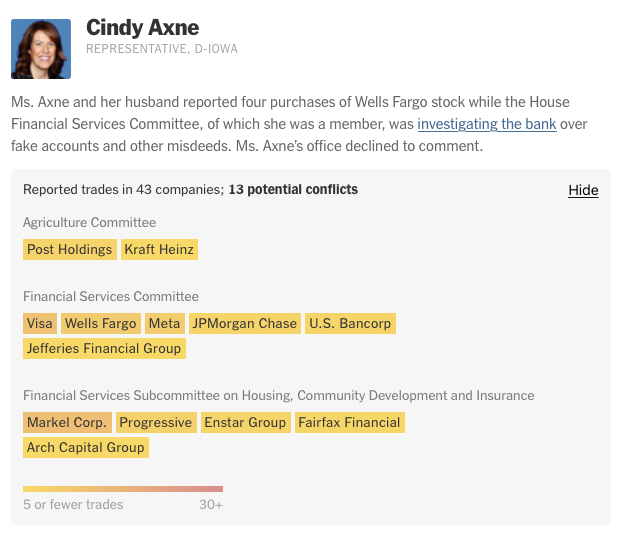 It calls into question Axne's history of sketchy stock trades.

"Iowans deserve real answers from Axne and her husband. Having this type of corruption on the federal level is unacceptable and not what Iowans expect from their representatives," said Republican Party of Iowa Chairman Jeff Kaufmann. "This type of corruption should not be tolerated. Axne must begin answering questions."