As Democrats continue to fan the flames of the Defund the Police movement, America is seeing a rise in violent crime. 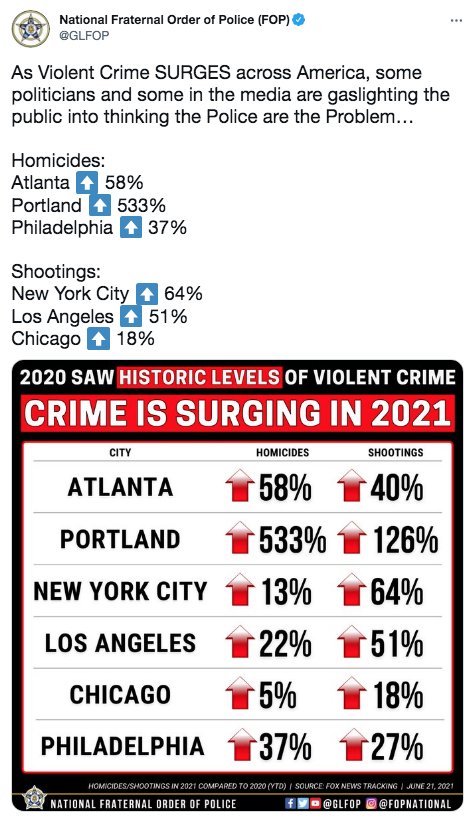 Over the holiday weekend, at least 150 people were killed in more than 400 shootings.

The Democrat Party's push to Defund the Police stands in complete contrast with the American people and the work being done by Republicans in Iowa.

In Iowa, Governor Kim Reynolds signed the 'Back the Blue' bill, giving law enforcement the support they need to keep our communities safe.

"Iowa Republicans understand the vital role law enforcement plays in protecting our communities," said Republican Party of Iowa Communications Director Kollin Crompton. "The Crime Crisis created by Joe Biden and Democrats shows the failure of the defund the police movement. While Democrats continue to send our cities into chaos and degrade law enforcement who put their lives on the line every day, Iowa Republicans Back the Blue, and support the brave men and women working to keep Americans safe. "