Branstad: Axne Knows Her Ad Is False And Should Apologize

"In all the years I have witnessed Iowa politics, I have never seen an Iowa Congressmember attack their opponent with blatantly false accusations that they know to be untrue," said Branstad. "I think it is absolutely blatantly false. She knows it and she should apologize." 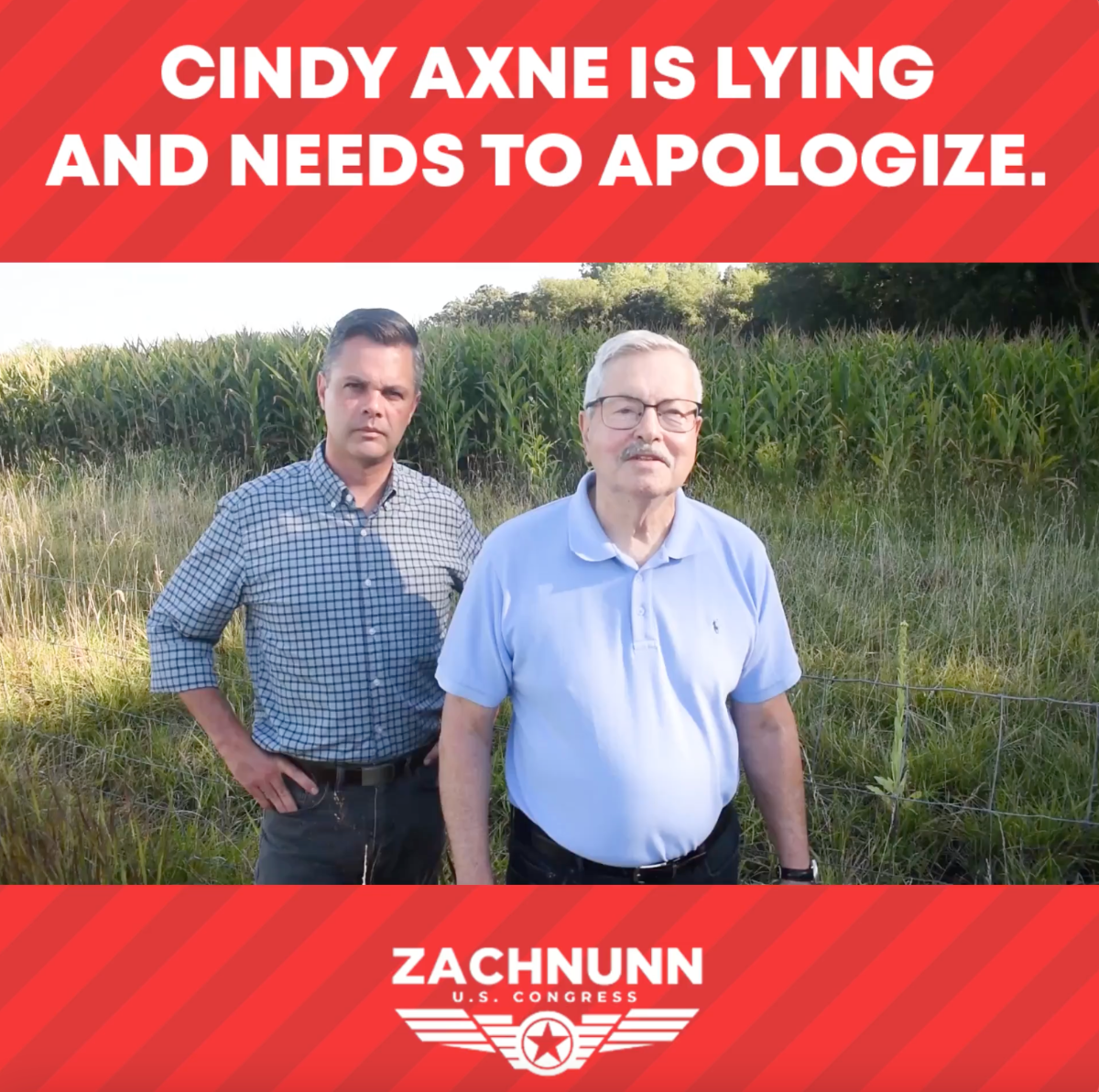 Axne created headlines this week by releasing a new ad criticizing Nunn for taking money from Syngenta, a company she sought an endorsement from.

In 2019, Axne praised Syngenta for, "powering Iowa agriculture" after touring their facility in Iowa.

The "tax break" Axne cites in her ad, Nunn wasn't present for. At the time, Nunn was in Kosovo on a security cooperation mission and returned on May 10th.

"Cindy Axne is a sore loser and doesn't handle it very well," said Republican Party of Iowa Communications Director Kollin Crompton. "While trying to attack a decorated combat veteran, Axne proves she's been eaten up by the swamp - willing to do and say anything to be re-elected."