The 2020 Democratic Circus is Back in Town

2020 Dems are coming to Iowa for one final show under the Big Top.

DES MOINES -- With less than 100 days to go until the first-in-the-nation caucus, 2020 Democrats are coming to Iowa for one final show under the Big Top.

Candidates have been busy clowning around Iowa for almost a year now, touting ridiculous socialist policies like government-run health care and the Green New Deal. These proposals alone would cost taxpayers $125 trillion, requiring massive tax hikes that would bankrupt our small businesses and family farms.

That’s why it comes as no surprise that several 2020 campaigns are beginning to crumble. Joe Biden is on the cusp of suffering a “humiliating loss” in Iowa, and Kamala Harris is preparing to “slash staff” as her campaign “hemorrhages cash.”

With the circus back in Iowa this evening, there’s no doubt 2020 Democrats will be putting on a show in a last-ditch attempt to break through. Here are some wild and zany acts to watch for:

“2020 Democrats are a bunch of contortionists bending over backwards to appease their far-left base,” said Jeff Kaufmann, Chairman of the Republican Party of Iowa. “They will twist and bend their so-called principles any way necessary to stand out. But at the end of the day, the only thing these clowns have done is unite Iowans behind President Donald Trump.” 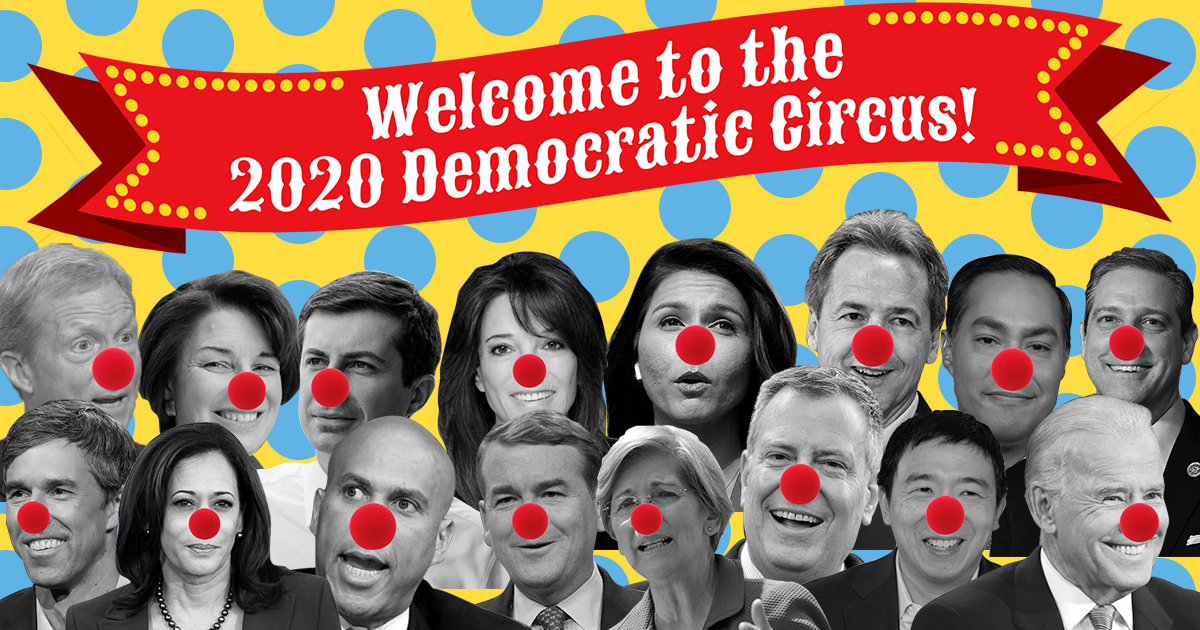