Yesterday, Coastal Elite Cinemas announced the release of a brand-new movie, Dodgeball 2. The parody film will be a sequel to the popular movie Dodgeball: A True Underdog Story, but with an entirely new cast and a big twist: instead of dodging balls, the characters will be dodging questions.

The crew will follow Theresa Greenfield as she dodges Iowans across the state. With the support of Chuck Schumer and the DSCC, Greenfield will have to dodge, duck, dip, dive, and dodge her way around all sorts of questions from Iowa voters on issues such as USMCA, Impeachment, the Green New Deal, and socialized medicine.

ICYMI: Promoters outside of the Linn County Hall of Fame Dinner in Cedar Rapids yesterday

Eddie Mauro, Kimberly Graham and Michael Franken will also have supporting roles in the film. The trio complete the group of Dodging Democrats, a team committed to the duck and weave on issues most important to Iowans.

United by their desire to implement a socialist agenda against the will of the people of Iowa, the group will face a multitude of questions from voters and reporters.

**One Star**
“This film is too Washington-insider for Iowa.” – Honest Iowan 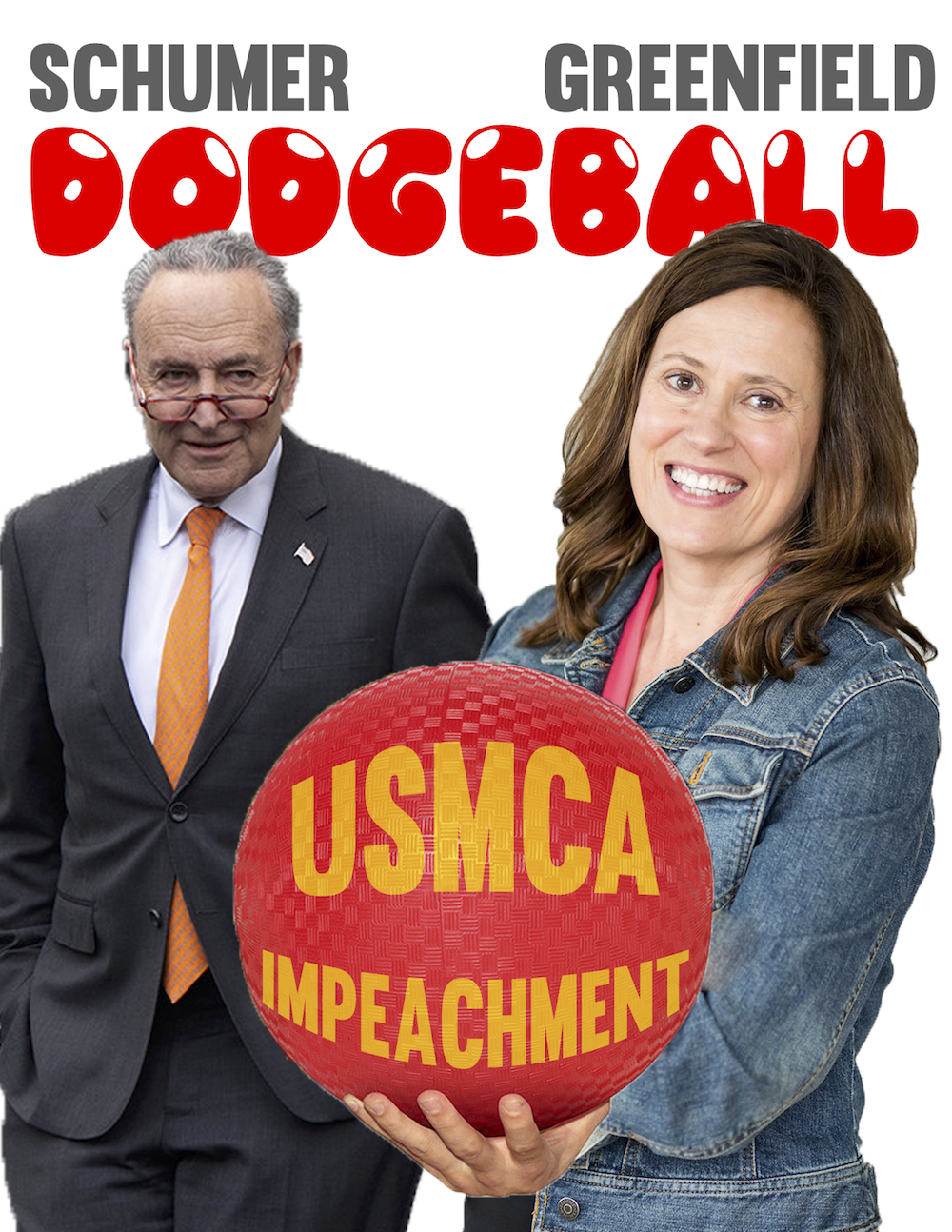