Mike Franken is a narcissist and at a recent campaign event, Mike Franken let his true colors shine through.

Franken recounts how he recently was triggered by a "Let's Go Brandon" flag, that a private citizen was flying, Franken wrote a local mayor. Franken asked, "Mayor, what the hell?" 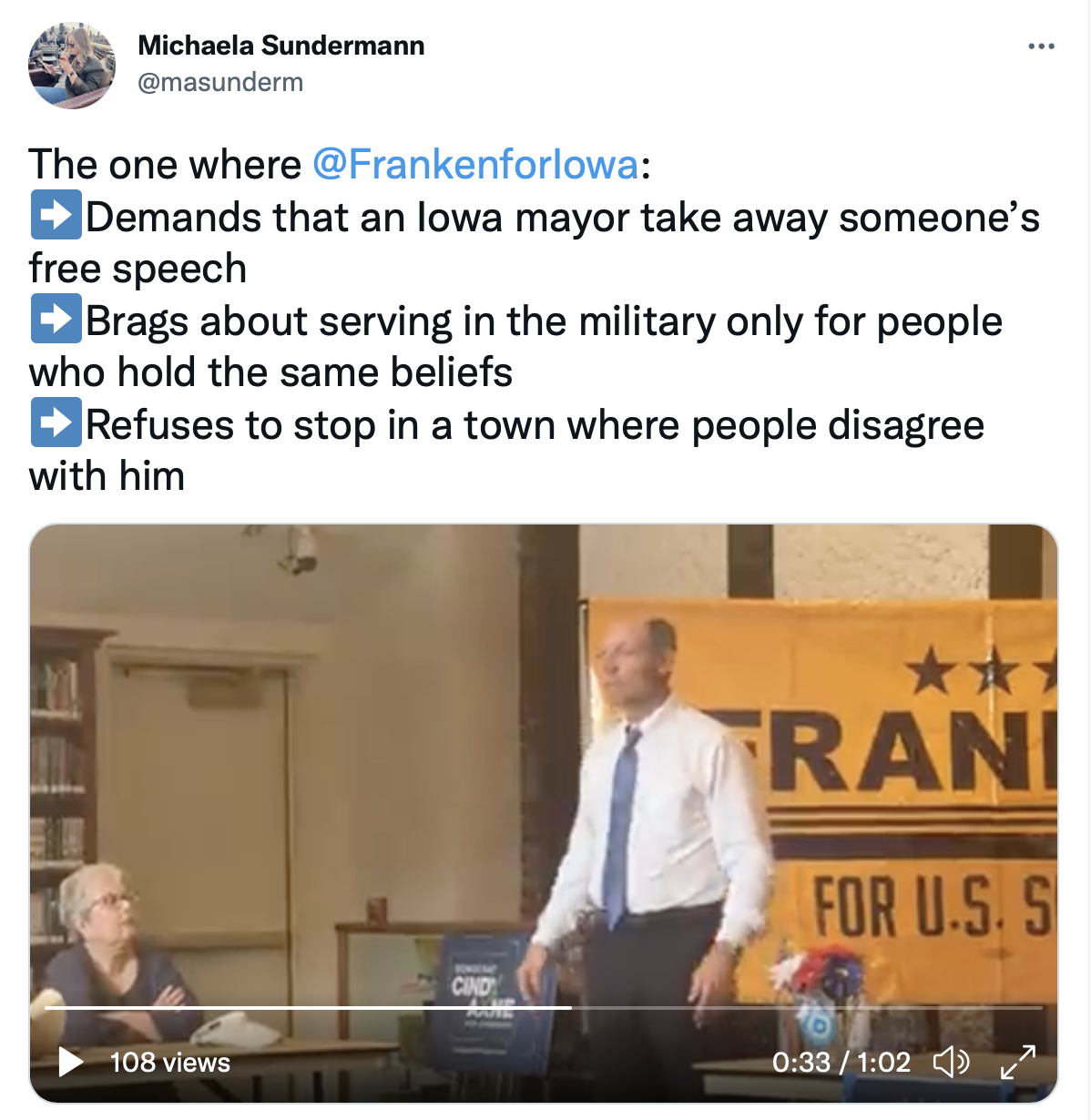 Franken then takes a turn for the worst saying, "I speak for all veterans, categorically speaking, not for that person. I did not serve my nation for him, or her or whoever lives there. Shame on, shame on your town for that. I was gonna stop by your VFW, I said, I'll keep on riding."

Let's be clear: Mike Franken does not speak for all veterans. He speaks for himself and Iowans are disgusted by what he's saying.

The brave men and women of our Armed Forces put their lives on the line every day to defend Americans' freedoms and constitutional rights - not just the ones who agree with them politically. When Mike Franken says he won't represent all Iowans, they should listen to him.

Franken's ego is nothing new. He claimed he would never be the "junior Senator from Iowa," and that Joni Ernst will fall in line. This week he claimed he would have stood with his hands on his hips from the Speaker's chair on January 6th and told rioters to go away.