Help Is On The Way For Iowa Democrats

Cindy Axne and Liz Mathis are calling on the Washington elite to come to save their campaigns. Top Pelosi henchman Adam Schiff is coming on July 9th and July 10th. 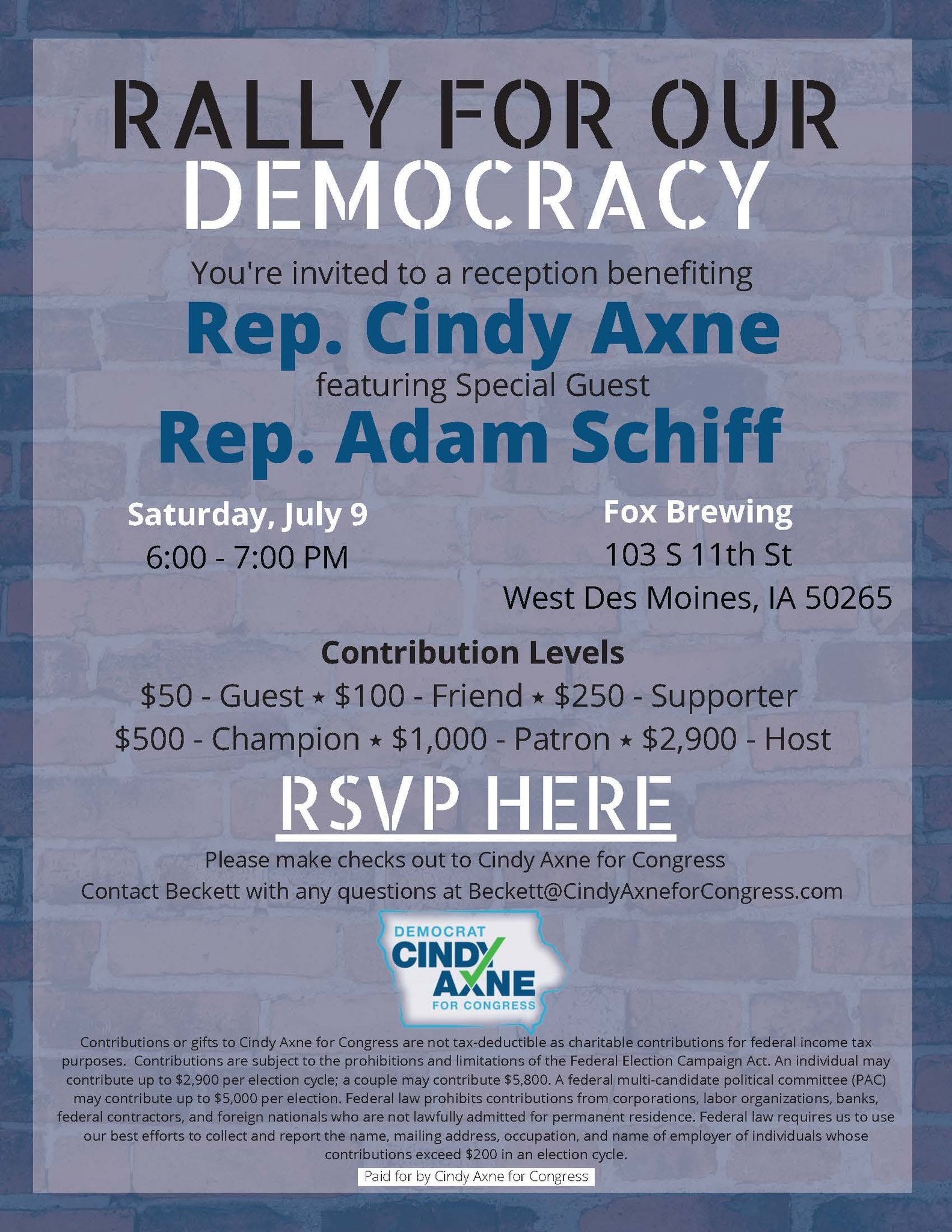 As top Democrats make their way to Iowa, it proves Axne is more vulnerable than she has ever been. Iowans have noticed how close Axne and Mathis are with Pelosi and Joe Biden. Inviting Schiff, who supports packing the Supreme Court, instituting a federal vaccine mandate, and passing the Green New Deal, shows that Iowa Democrats have gone off the Liberal deep end.

"Axne and Mathis's campaigns are fueled by the elite class in Washington - not Iowans. That's why Adam Schiff, the extreme liberal from West Hollywood, is coming to help their desperate campaigns," said Republican Party of Iowa Communications Director Kollin Crompton. "Axne and Mathis know they can't win on their own, they need Pelosi's help."