"In what is sure to be one of the biggest self-owns of the 2022 midterm elections, Iowa Democratic congresswoman Cindy Axne is criticizing her opponent for taking money from a Chinese company—the same company Axne herself toured in 2019 and praised for "powering Iowa agriculture."

Axne on Tuesday released an ad titled 'Weaken,' which argues that the congresswoman's Republican opponent, Zach Nunn, is in China's pocket because he accepted a campaign contribution from a Chinese company. By Axne's logic, the Democrat herself is also compromised. Axne in November 2019 visited the company in question, Syngenta, to 'discuss trade, USMCA biofuels, technology, and rural broadband with their team.' Axne even praised Syngenta for 'powering Iowa agriculture' and said she was 'glad to hear from our neighbors' in a Facebook post touting the tour. 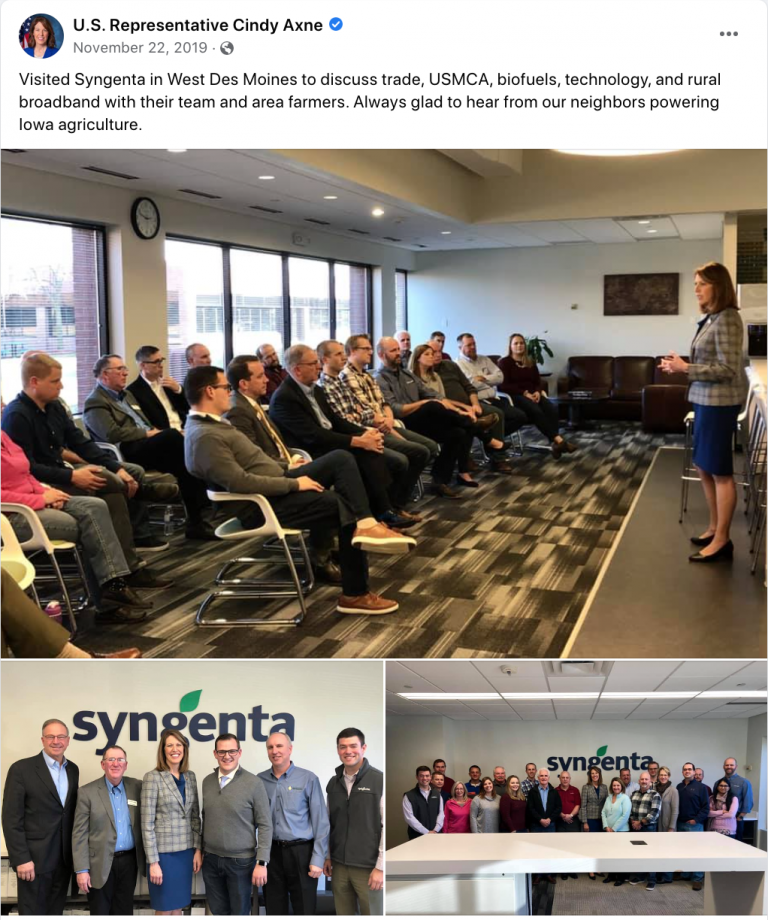 Axne's decision to attack a company she herself has praised will almost certainly blunt the anti-Nunn ad campaign's effectiveness. It also suggests Axne is feeling desperate as she fights for her political life in Iowa's Third Congressional District, which former president Donald Trump won narrowly in 2020. The sole Democrat in Iowa's congressional delegation, Axne is a top target for Republicans as they work to take back the House in November and has not won a race by more than 2 points in her career."