Ingraham praised Governor Reynolds for her work in getting students back in the classroom. 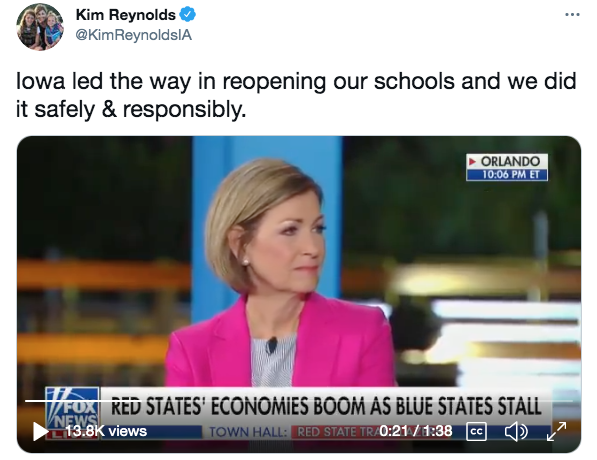 While the Biden Administration has failed Americans on their promise to get students back in the classroom, Governor Reynolds fought back against the Teachers Unions and succeeded.

Governor Reynolds then aimed at the Biden Administration's failed border policies saying, "This administration is heartless. They've created this crisis at the border. They are putting these children at risk by the policies they eliminated." 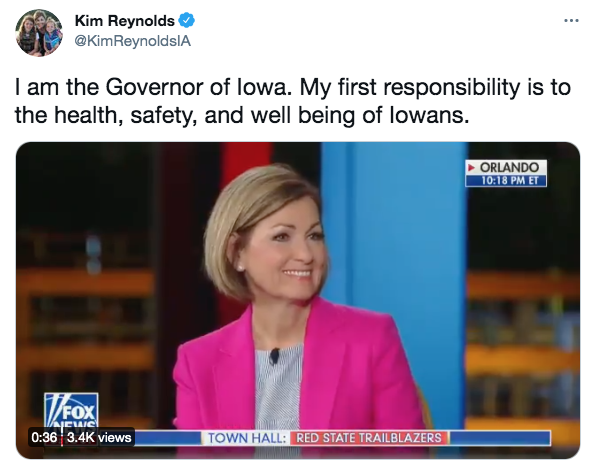 Biden halted the construction of the border wall and now we are seeing the consequences of this failed policy. In March over, 172,000 migrants were taken into custody for illegally crossing the border – a five times increase from last March.

"Our Governor is the last line of defense for Iowans against the radical policies coming out of the Biden Administration. She has fought back to protect Iowans and I am proud she has succeeded in doing so," said Republican Party of Iowa Chairman Jeff Kaufmann. "Iowans want a secure border, responsible spending, and return to normal life. The Biden Administration has failed to provide them that."