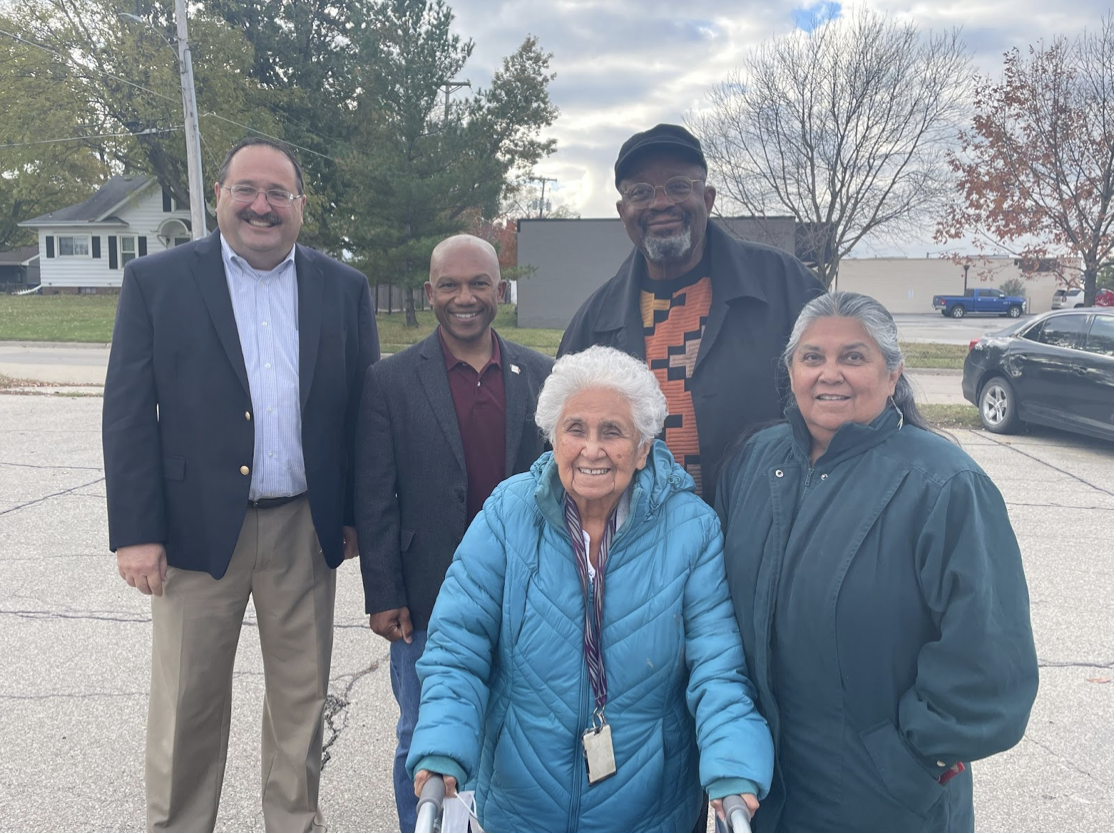 In response the this meeting, Ford and Campos released the following statement:

“Last week we had the chance to meet with Iowa Democratic Party Chair Ross Wilburn and Republican Party of Iowa Chair Jeff Kaufmann. We are grateful for this very rare opportunity to come together and talk about the issues that matter to all Iowans.

“As Co-Chairs of Iowa’s Brown and Black Forums of America, we want to condemn in the strongest way possible the recent threats against Chair Wilburn. This is just the latest in a long pattern of racist actions against political activists of color in Iowa.

“In the spirit of unity, we stand with political leaders across party lines who discourage these deplorable activities.”

“I’m grateful the Republican Party of Iowa Chairman Jeff Kaufmann and Iowa’s Brown and Black Forums of America Co-Chairs Mary Campos and Wayne Ford took time out of their busy schedules to sit down and talk about issues Iowans care about – including the importance of keeping Iowa first in the nation.

“I’m moved by their support following recent threats of violence made against myself and other leaders of color. It is crucial that words of condemnation are not empty gestures and I hope that my Republican colleagues back up their words with clear and decisive actions, like holding members of their party accountable for prejudicial statements and discriminatory actions, as well as educating themselves on the experiences of Black and Brown Americans throughout history.

“No matter what we look like or how we got here, we’re all Iowans at the end of the day and should treat each other with dignity and respect.”

"As the chairman of the party of Lincoln, I am proud to stand together with Iowa’s Brown and Black Forums of America co-chairs Wayne Ford and Mary Campos. This organization, led by these tremendous Iowans, is doing the vital and important work of bringing us together, having important conversations, and working to preserve Iowa’s First in the Nation status.

"The Republican Party will always stand for justice and liberty, and has put in place economic policies that lead to historically low unemployment levels for both Brown and Black Americans.

"Work on the 2024 Presidential Caucuses has already begun, and just as I have done with 6 other Democrat Party chairs, I am pleased to stand arm-in-arm with Chair Wilburn to preserve the Iowa Caucuses."