This afternoon, Iowa Democrats took to the capitol steps to fling lies and politicize the tragic murder two Iowa Department of Correction officers at the Anamosa State Penitentiary. 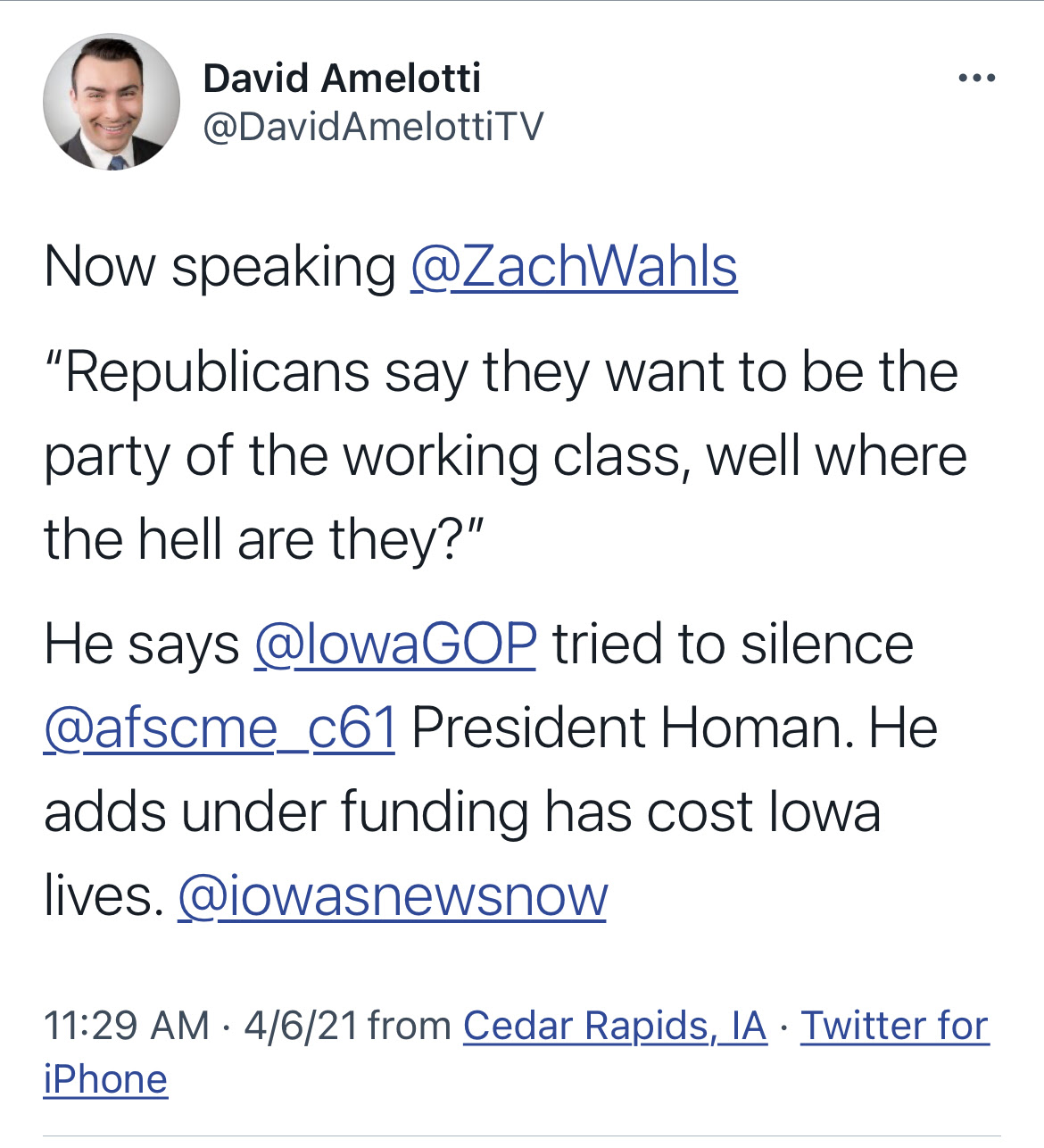 "Politicizing the death of two Corrections Officers is utterly despicable and a new low for Iowa Democrats," said Republican Party of Iowa Communications Director Kollin Crompton. "These antics reek of desperation and need for relevancy. Iowa Democrats' record is clear: they're so anti-police they will vote against increases in funding for more Corrections Officers and other public safety measures."