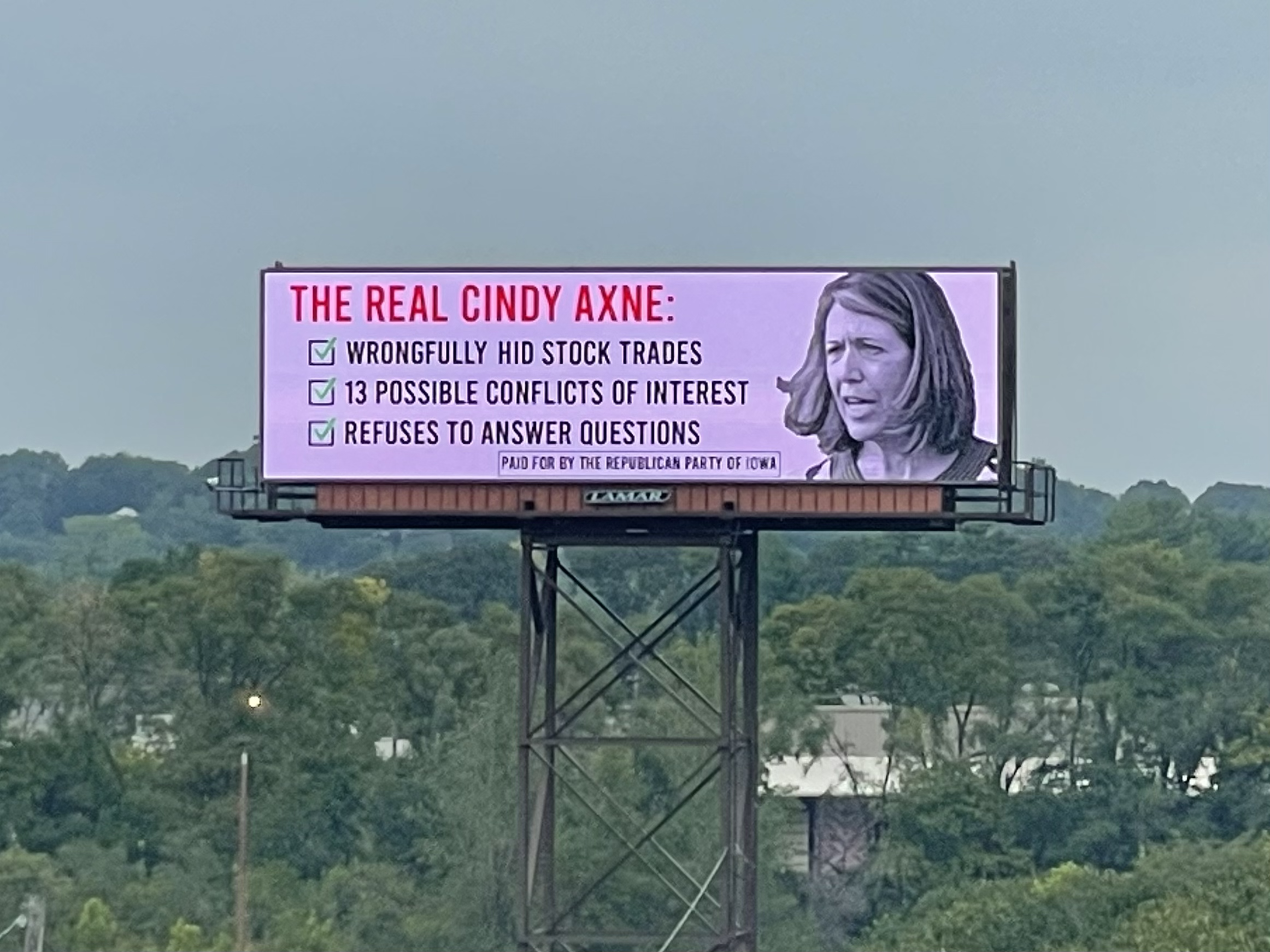 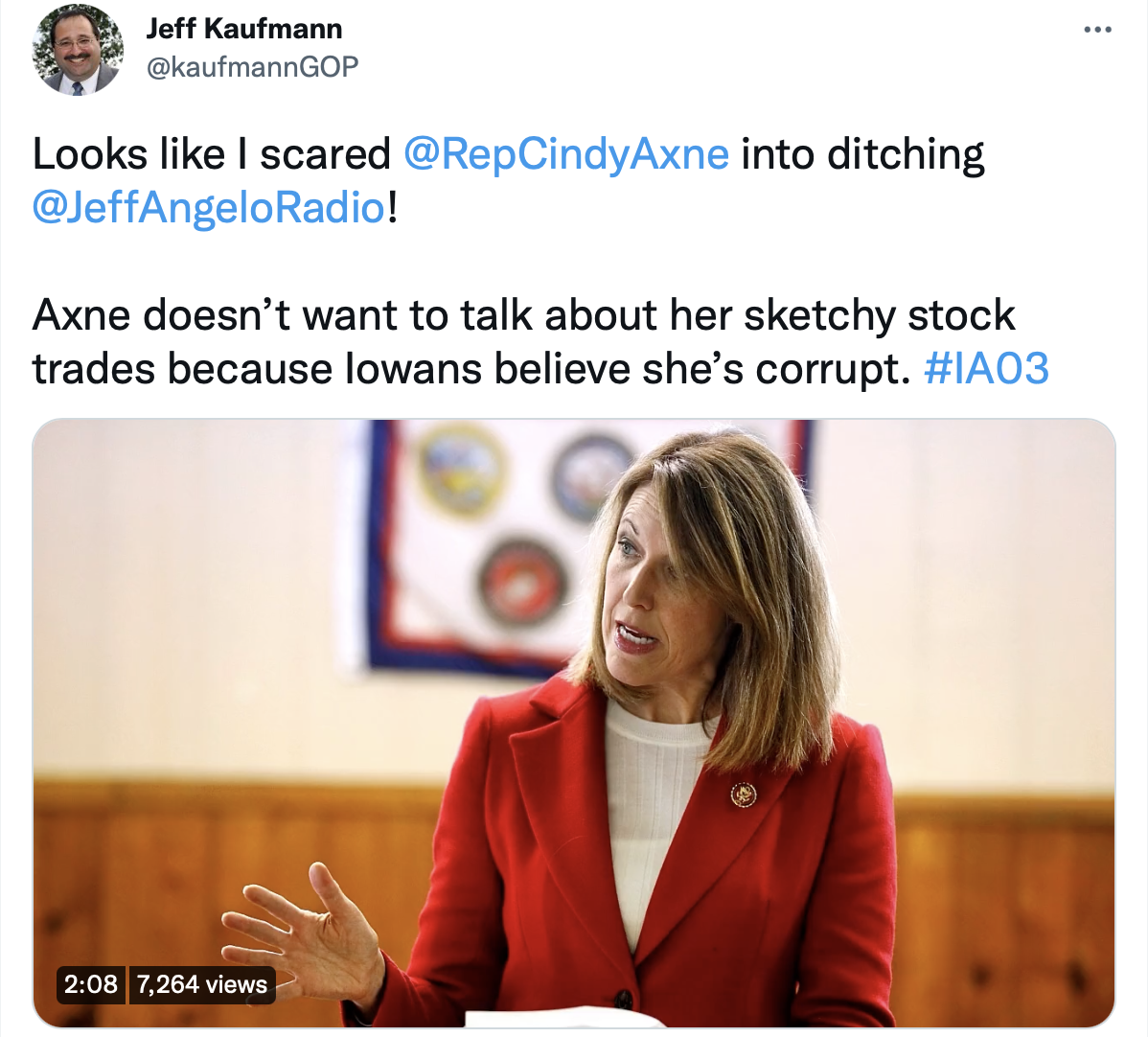 "Iowa Democrats are hopeless heading into this election because their vision for Iowa is more of a vision for New York and California. That's why Hakeem Jeffries, a radical progressive from New York, is their keynote speaker. It's also why Cindy Axne votes with Joe Biden and Nancy Pelosi 100 percent of the time," said Republican Party of Iowa Chairman Jeff Kaufmann. "The Republican Party is the party of freedom and opportunity while Democrats are focused on spending America's economy into recession. They have proven they don't deserve power in Washington any longer."