Iowa Republicans had a big week - unleashing a series of ads and notable endorsements.

Miller-Meeks' first ad of the cycle highlights her strong ties to Iowa City with her residency at the University of Iowa and fighting alongside Iowans - not against them. 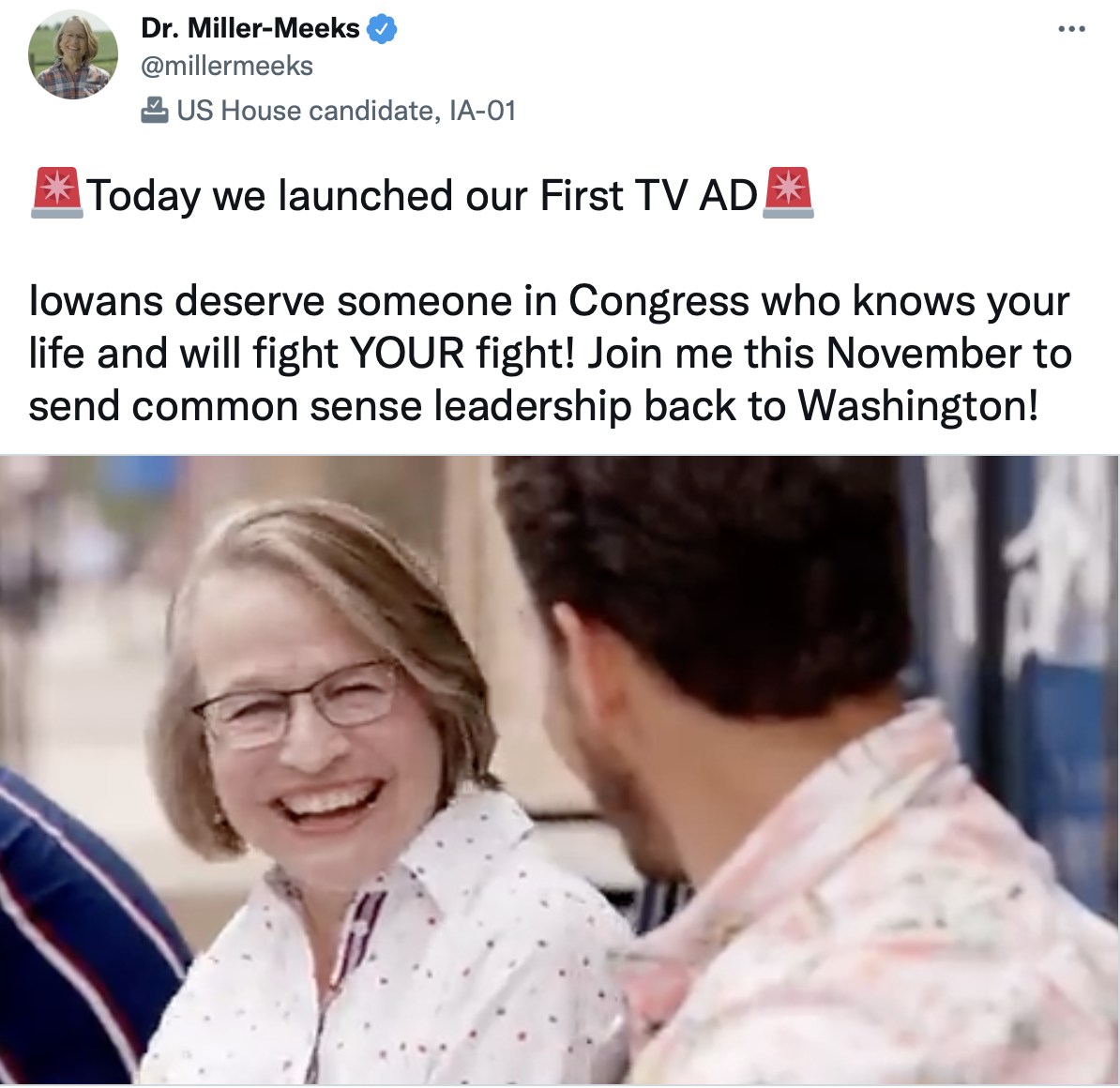 Grassley took aim at Mike Franken's history of lying to his superior officers in order to influence foreign policy. That ad shows Franken saying, "Give me an estimate of how that costs and how much forces are going to be... Admittingly, I inflated the cost of that." 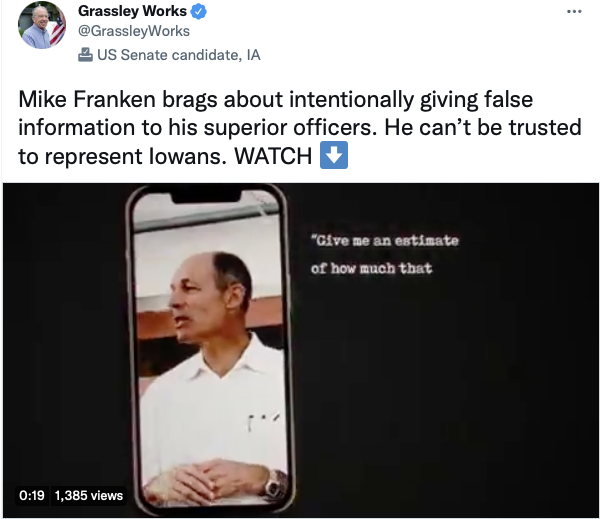 Hinson's ad tells the story of expanding mental health care access for our nation's veterans in rural areas. Trent, a U.S. Army veteran, thanks Hinson for her work and says, "What Ashley Hinson did is going to save lives and that's not politics, it's just the truth." 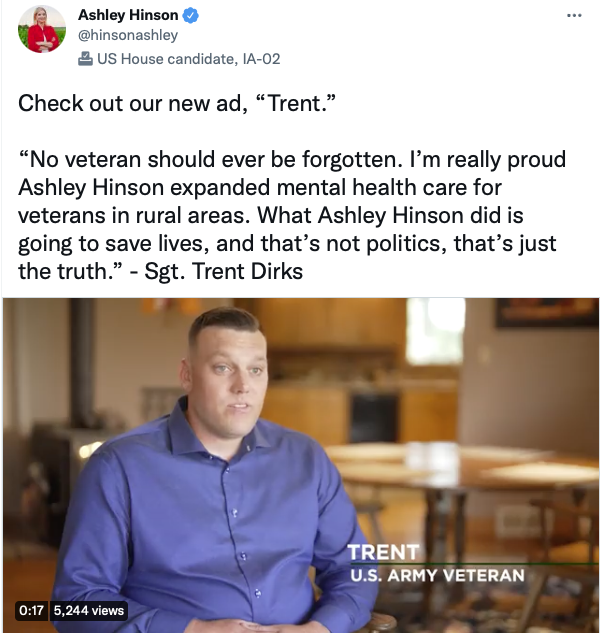 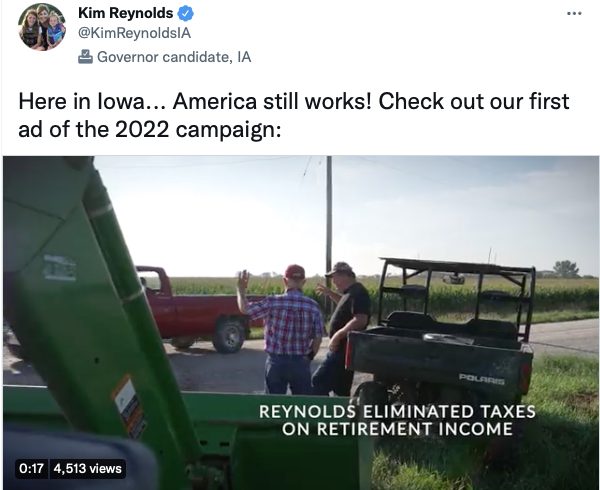 Second, came a slew of high-profile endorsements for GOP candidates.

Gov. Reynolds and Iowa Attorney General candidate Brenna Bird both received the endorsement of the Iowa Association of Business and Industry. 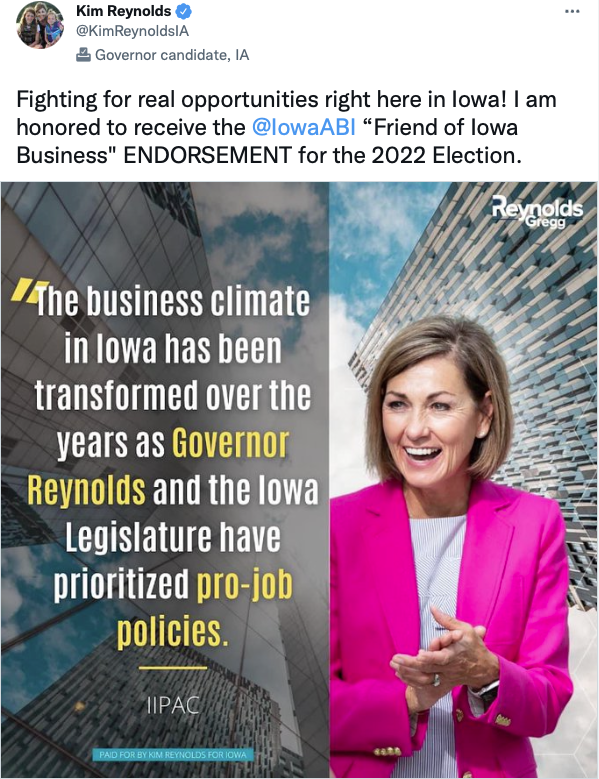 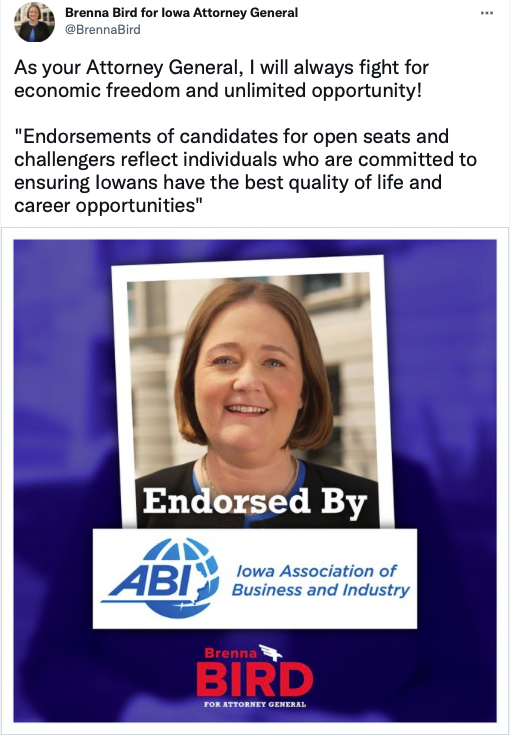 Bird's campaign even received a million-dollar donation from The Republican Attorneys General Association (RAGA) this week. "Iowa is trending in the right direction, and all indicators show that Brenna Bird can win this race on Election Day,” said Peter Bisbee, Executive Director of RAGA. “With Joe Biden trampling on the constitution and the freedoms of everyday Iowans, the office of attorney general is more important today than it has ever been. Brenna is the right candidate to take Biden head on.”

Lastly, Zach Nunn will be adding to the momentum today with new endorsements.

"Iowa Republicans are ready for the final stretch of this election cycle and are proving that they are building the red wave," said Republican Party of Iowa Communications Director Kollin Crompton. "Iowans know that the Republican Party is the party of freedom and opportunity in this country and that it's time to end Democrat control in Washington."