Gov. Kim Reynolds is showing Iowans what real, decisive leadership looks like and Iowans are on board.

Last week in a special election where the Republican was outraised and outspent, Iowans gave their approval to the Reynolds agenda. The Republican candidate won in a true swing district and nearly doubled Trump's 2020 margin in the race. 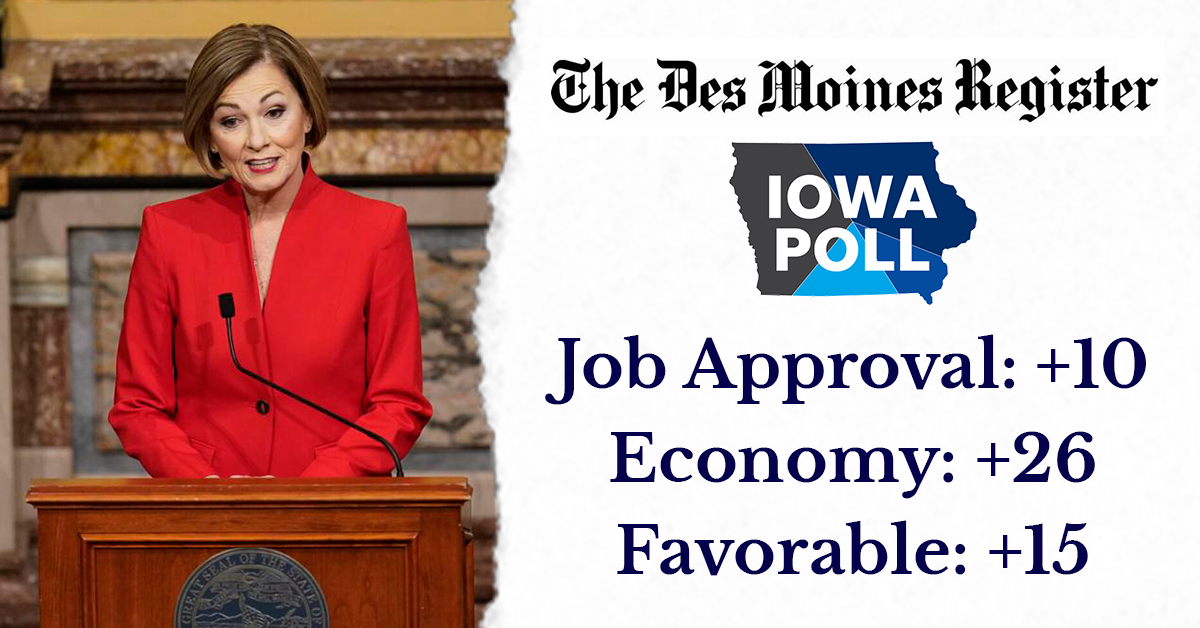 "Governor Reynolds is meeting the moment and is proving, yet again, that she is the leader Iowans needed in a time of crisis," said Republican Party of Iowa Communications Director Kollin Crompton. "Her leadership has been steady in a tumultuous time and the numbers show Iowans clearly support her."