U.S. Senate candidate Abby Finkenuaer has rebranded from a young legislator to a foul-mouthed, hysteria-driven candidate. 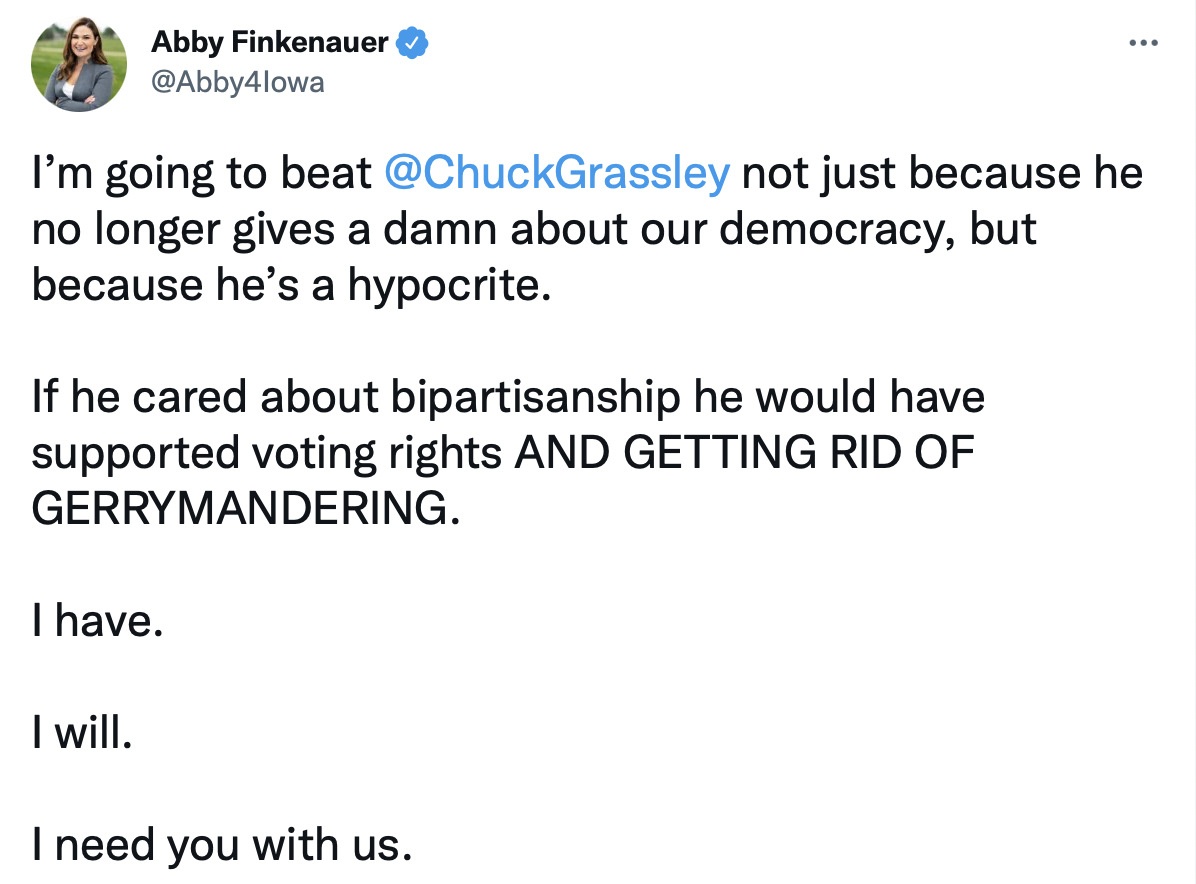 Not only has Finkenauer's language gone sour, so have her thoughts on her fellow Democrats. In a fundraising email sent out to supporters this morning, Finkenauer calls Kyrsten Sinema and Joe Manchin "sellouts."

This comes after Finkenauer, who claims to be principled, flip-flopped on term limits. While running for the U.S. House, Finkenauer was opposed to term limits saying, "I think that experience is also important." Experience is only valuable when it helps herself towards re-election apparently as now Finkenauer says two terms is long enough.

Overall, Finkenauer is showing how desperate Iowa Democrats have become. While their leading candidate for Governor only has $8,000 cash on hand, Finkenauer has to do something different, so she has resorted to swearing, destroying her own party's image, and forgetting her principles.

"Abby Finkenauer has lost her marbles and I guess it's Chuck Schumer's job to help her find them," said Republican Party of Iowa Chairman Jeff Kaufmann. "While Abby doesn't believe in Iowa Nice, it certainly is real. These foul-mouthed, left-wing comments will not land well in our state, I can promise you that."