It Has Always Been About Parents

Glenn Youngkin made history tonight. In 2020, Virginia voted for Joe Biden by 10 percent - now Virginia has a Republican Governor-elect.

Youngkin's campaign empowered Virginia's parents the same way Gov. Kim Reynolds empowered Iowa's parents earlier this year. Policies led by Gov. Reynolds and legislative Republicans got kids back in the classroom, gave parents a seat at the table, and a voice in their children's education.

While Iowa Republicans have focused on Iowa's parents, Iowa Democrats are so desperate they have resorted to calling them terrorists. 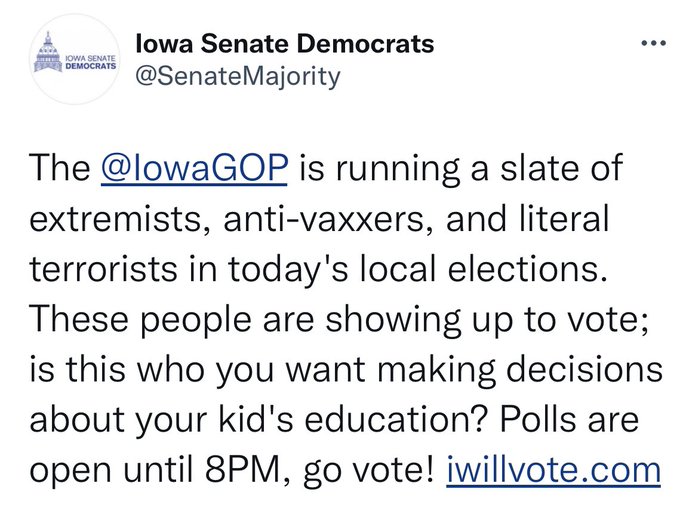 "This Virginia race sent a clear message to Iowa parents: You can fight back," said Republican Party of Iowa Chairman Jeff Kaufmann. "This past legislative session, Iowa Republicans stood up for Iowa parents. Unlike Democrats, we know parents have a vital role to play in educating their children. Republicans put Iowa families first."