No American should be spending 50 days in a Taliban-controlled Afghanistan without any help. Right now, there is an unknown amount of Americans still left behind enemy lines - that is unacceptable. 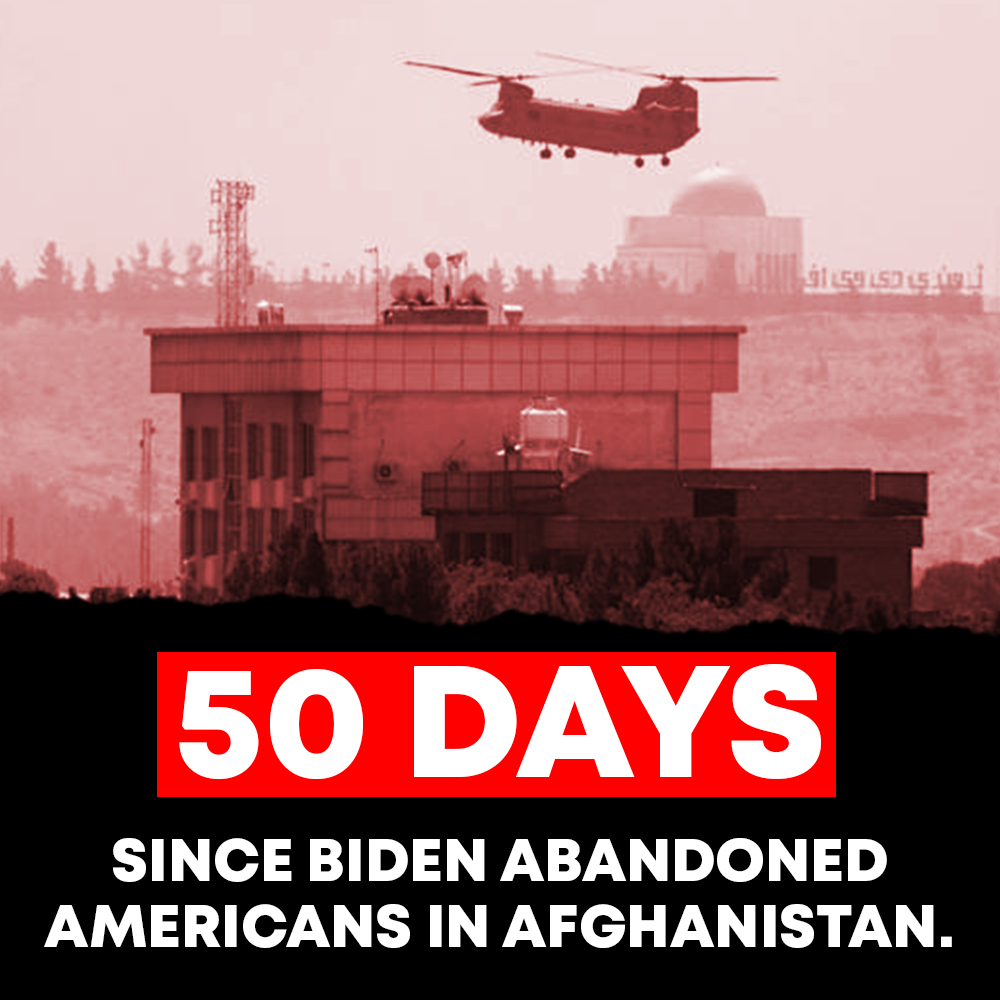 This failure of the Biden Administration shows just how incompetent the president is and how chaotic America has become. Americans were abandoned and Americans died because of Biden's lack of leadership.

"Afghanistan is a tragedy that should not be tolerated," said Republican Party of Iowa Communications Director Kollin Crompton. "There are still Americans who must be brought to safety before the Taliban reverts to violence against them."