Today, Congressional Progressive Caucus Chair Pramila Jayapal (WA-07) outed "moderate" Cindy Axne as a "best friend" to the progressive movement. According to Jaypal, "What you would call moderates, they have been some of our best friends. People like... Cindy Axne." 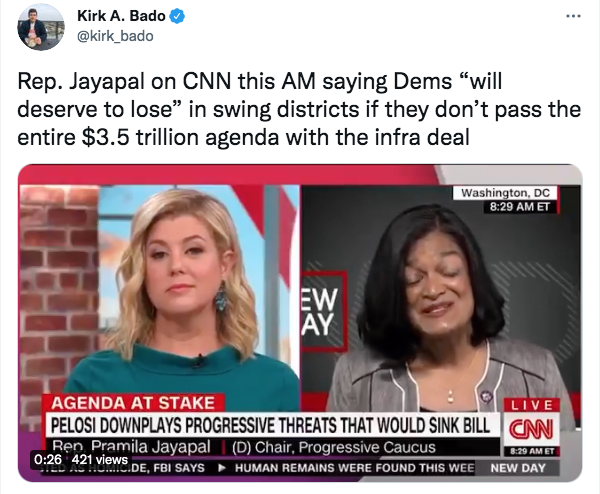 For years Axne has tried to hide her progressive, radical-leftist views, but now the jig is up. Axne wants to deliver on every aspect of the progressive agenda and Iowans deserve to know what that means for them. The Cindy Axne that Iowans are shown back in the state is a facade. Once Axne gets back to the swamp, the mask comes off and she proves she is a tried and true progressive.

"Socialists like AOC and Jayapal know they can count on their best friend, Cindy Axne to have their backs," said Republican Party of Iowa Communications Director Kollin Crompton. "Standing arm in arm with these radicals, Cindy Axne will help them ram through the largest tax hike in decades, proving that she's no friend of Iowans."