Joe Biden and Mike Franken Get the Bird

As the election nears, Iowa Republicans are coming out in full force to defend freedom and opportunity across Iowa.

Brenna Bird and Tom Miller faced off in their first debate on Iowa Press on Sunday. Bird called Miller out for his lazy job as Attorney General and forgetting who he represents: law enforcement. 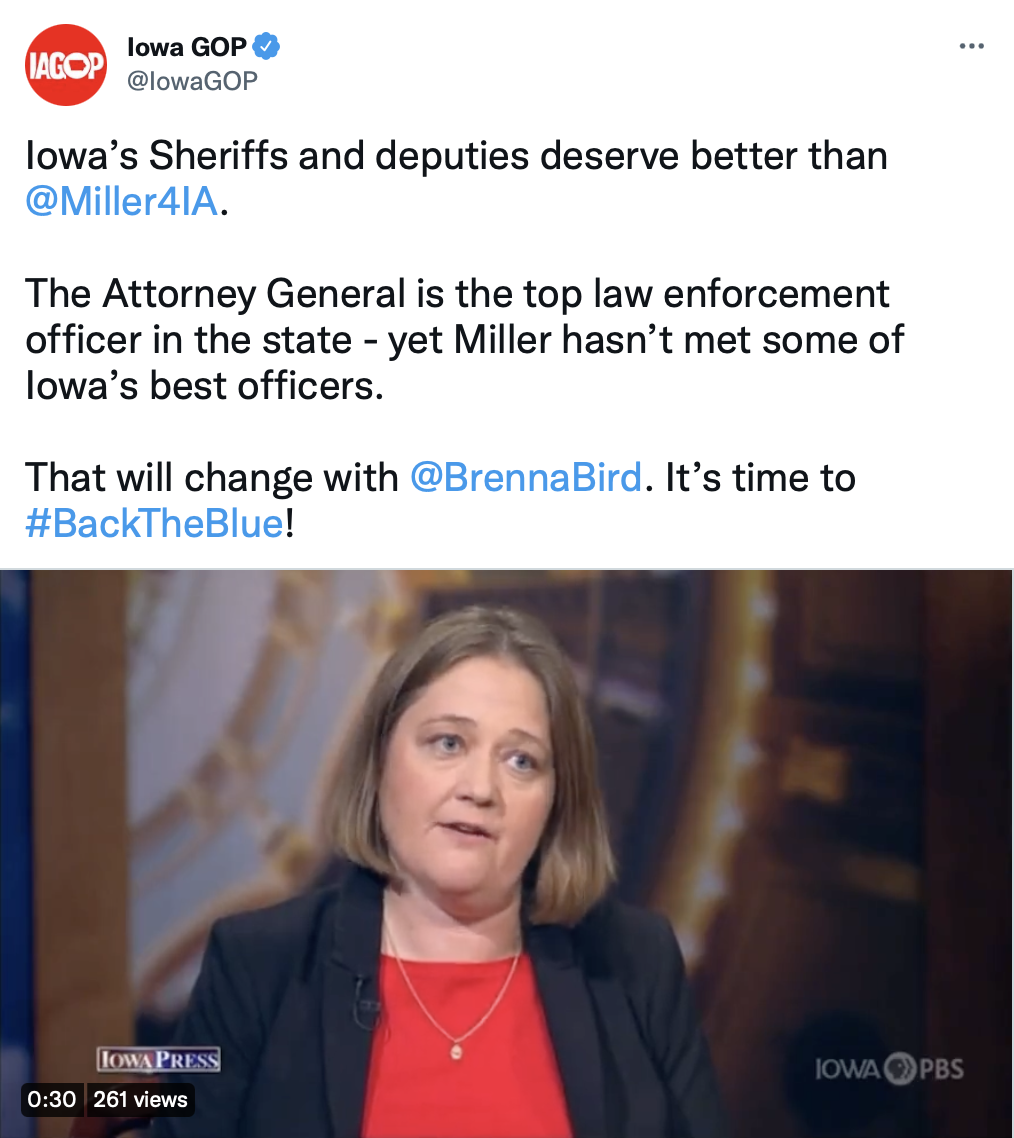 You can read a full recap of the debate here.

Then Iowans received the news that Joe Biden has completely wrecked our economy with no end in sight. Inflation at 8.3 percent, real wages falling for the 17th month straight, and grocery prices seeing their largest increase in 43 years, Iowans are over Joe Biden and the Democrat Party's mismanagement of our economy. 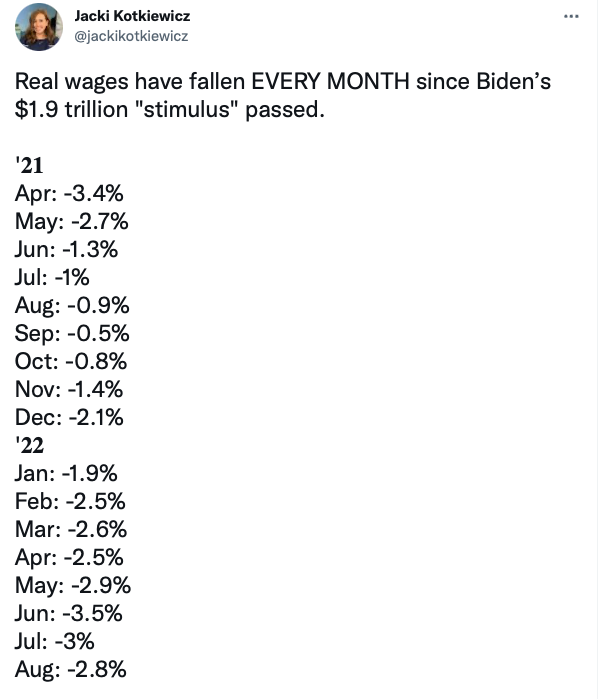 On Tuesday, the New York Times released a bombshell report that accused Cindy Axne, Iowa's lone Democrat, of 13 possible conflicts of interest in her stock portfolio. The Times also found that Cindy Axne was dealing stocks in Wells Fargo while investigating the bank for misdeeds on the Financial Services Committee.

You can find local coverage of the story here: 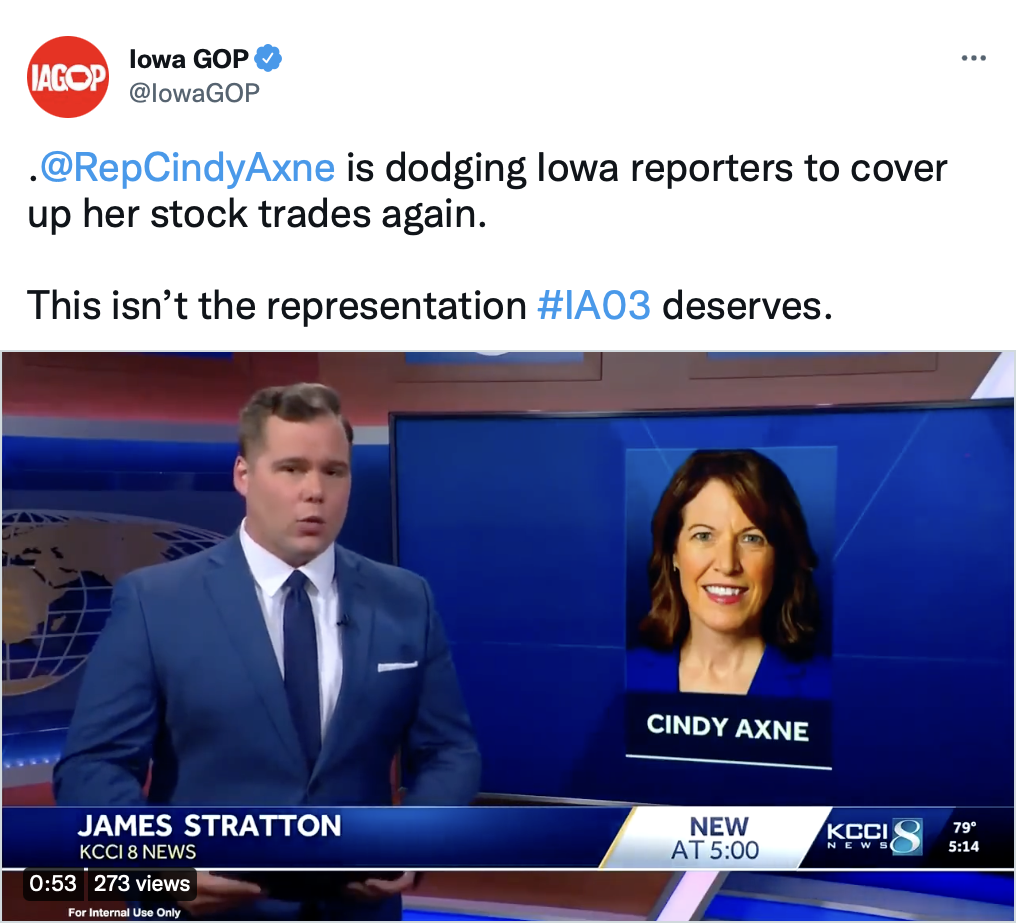 Fast forwarding a bit, in response to the bombshell report, on Thursday Zach Nunn pledged that he and his wife will not trade stocks while in Congress. Nunn authored a bill while in the Iowa Senate to ban members of the legislature from trading stocks and will do the same in Congress. 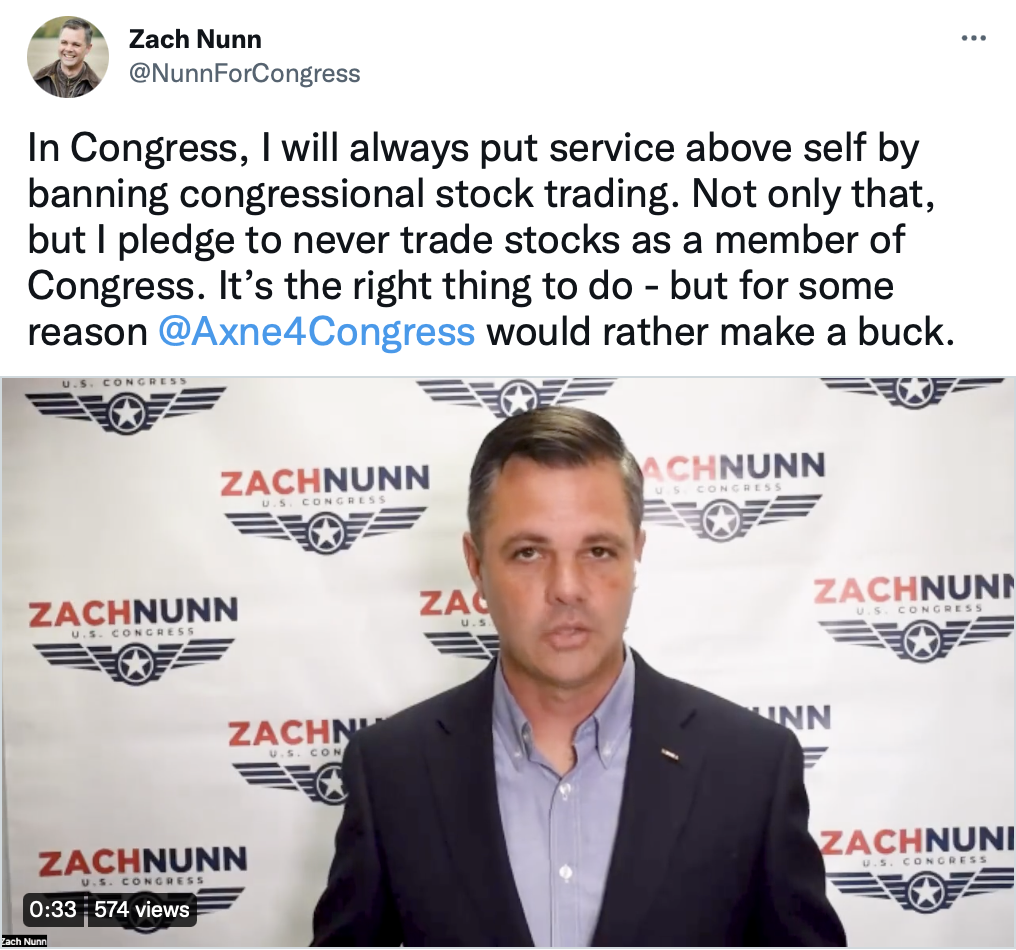 Bird's ad, a must-watch of the cycle, highlights her record as a "tough as nails prosecutor" and her promise to "stand with law enforcement and Back the Blue." The ad features Iowans saying, "Give 'em the Bird!" Bird ends the ad by saying, "I'll give Joe Biden exactly what he deserves!" 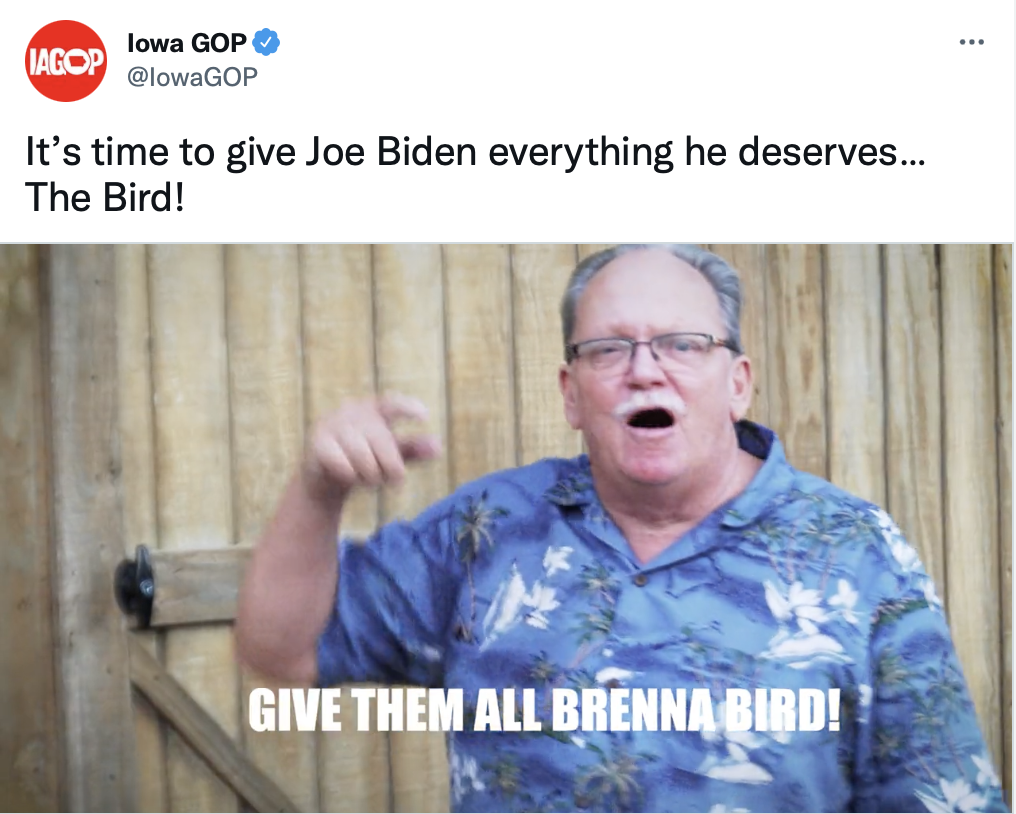 Nunn's ad highlights Axne's 100 percent voting record with Nancy Pelosi and Joe Biden. Because of Joe Biden and Cindy Axne's mismanagement of our economy, Iowa families have had to pay an extra $5,000 for everyday goods over the past year. 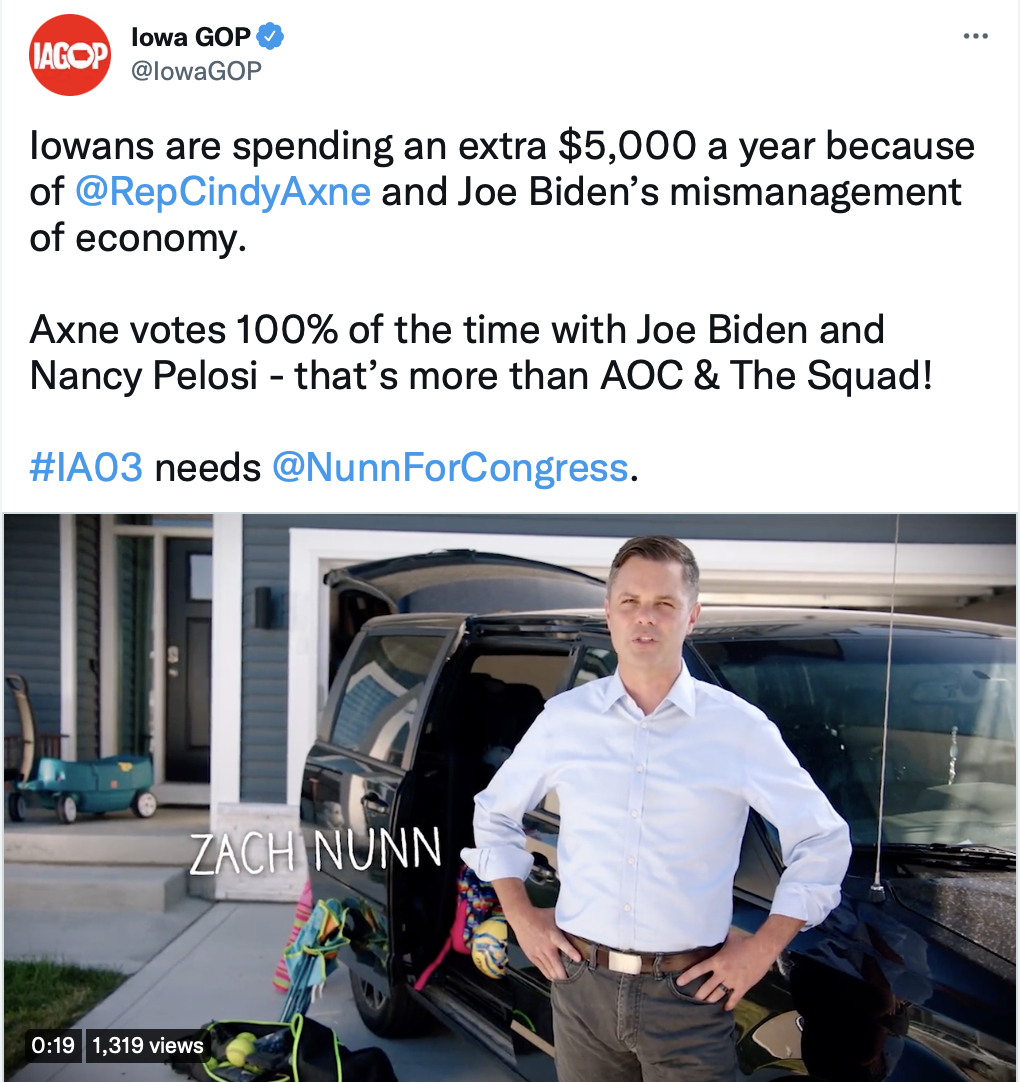 Things then started to get very bad for Mike Franken.

First, Chuck Schumer announced $15 million for battleground states with $0 going to Mike Franken. If only this wasn't the beginning.

Senator Chuck Grassley then announced his Farmers coalition chaired by Bill Horan, the chairman of the board for Western Iowa Energy and a former president of the Iowa Corn Growers Association. With three co-chairs:

Franken then received his second slap in the face of the week when Punchbowl News quoted Senate Majority Leader Chuck Schumer saying, "Democrats won't be able to win the Senate race in Iowa."

That same morning, Grassley released a new ad highlighting his role in the state of Iowa: 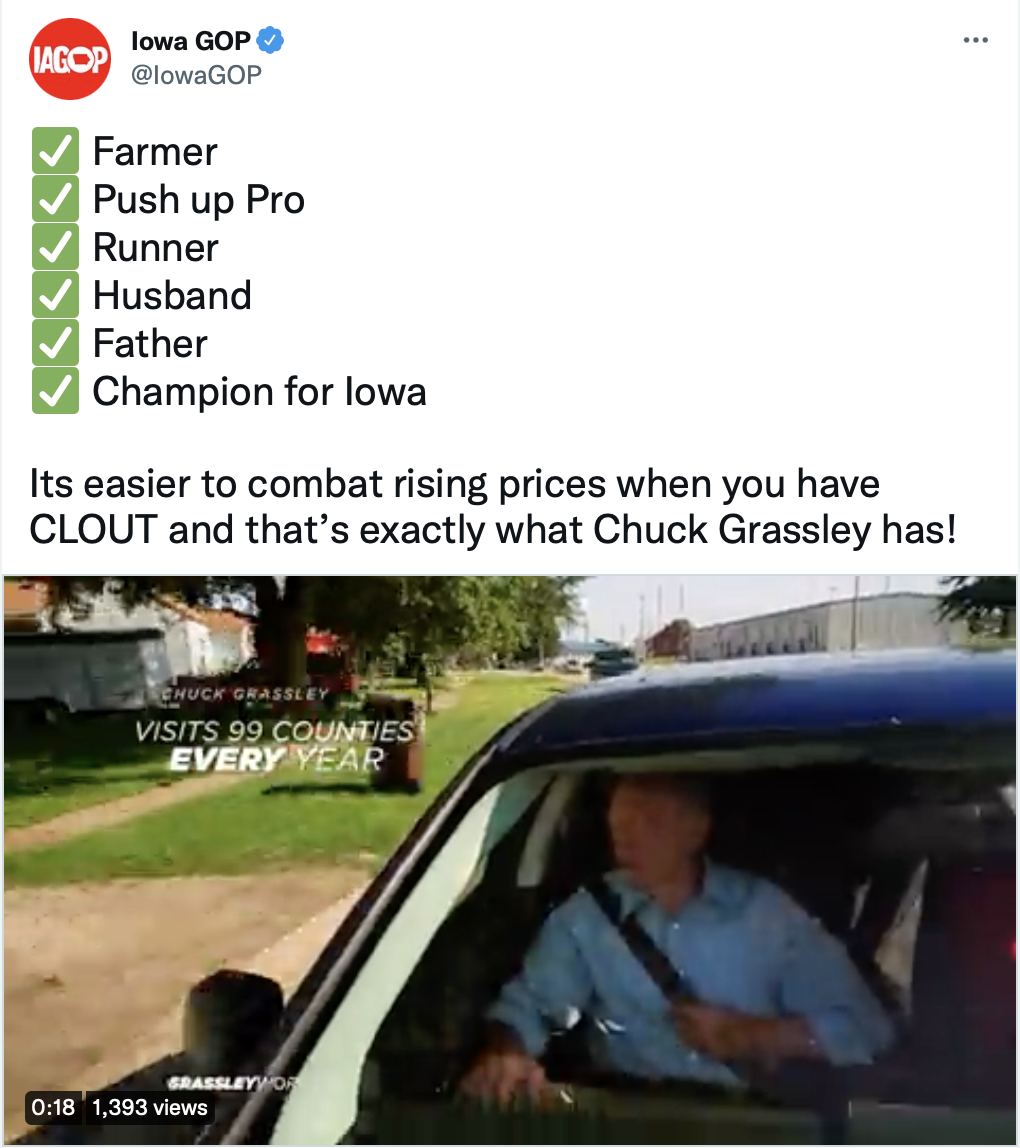 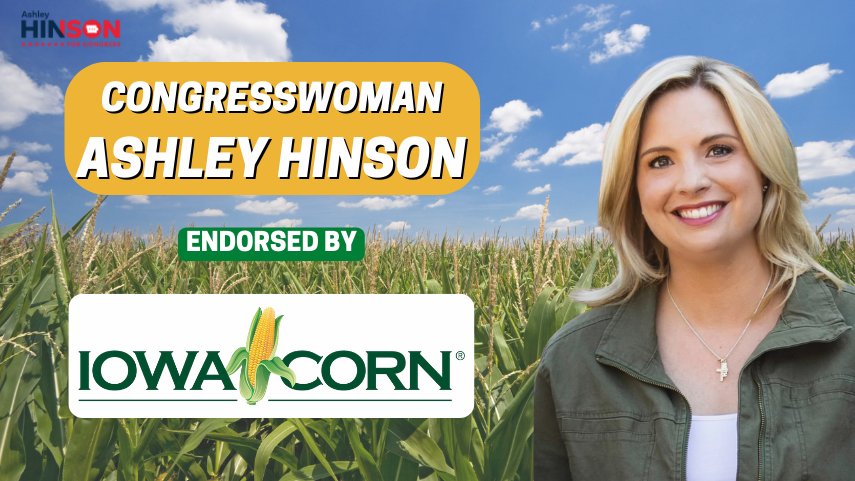 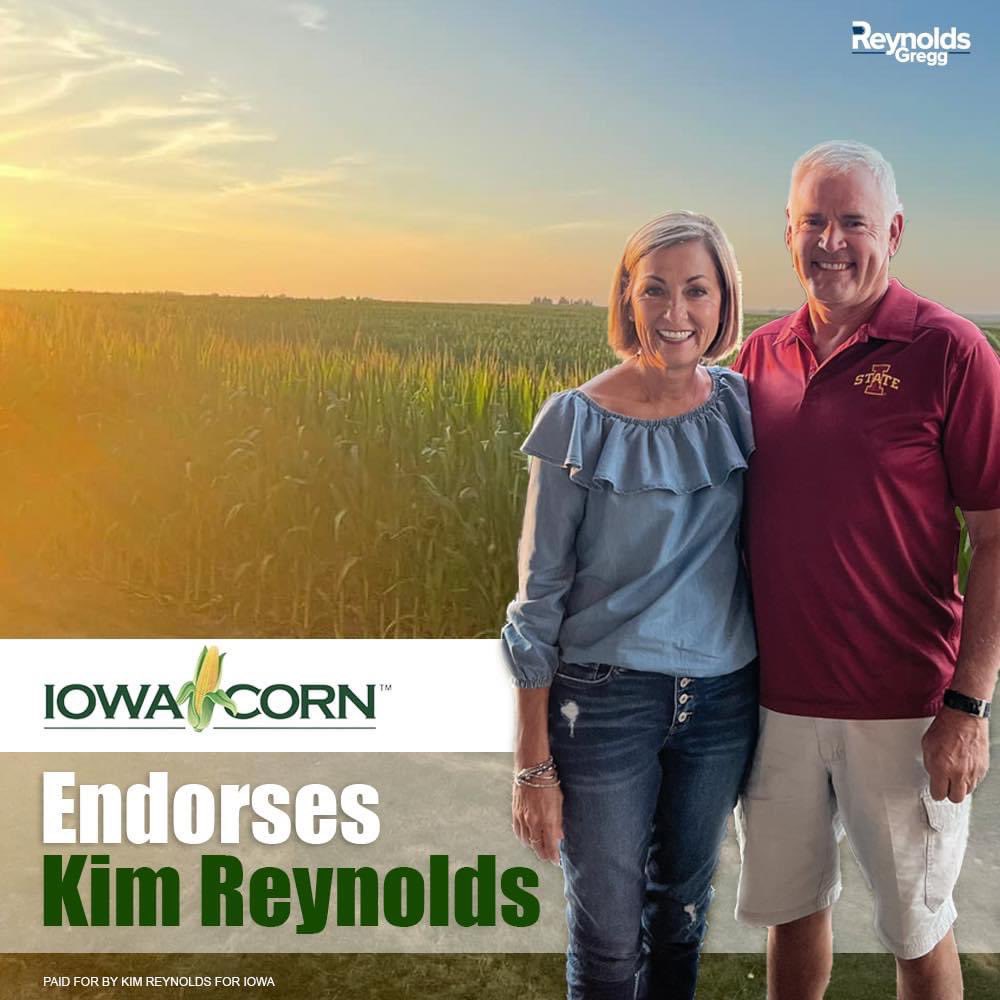 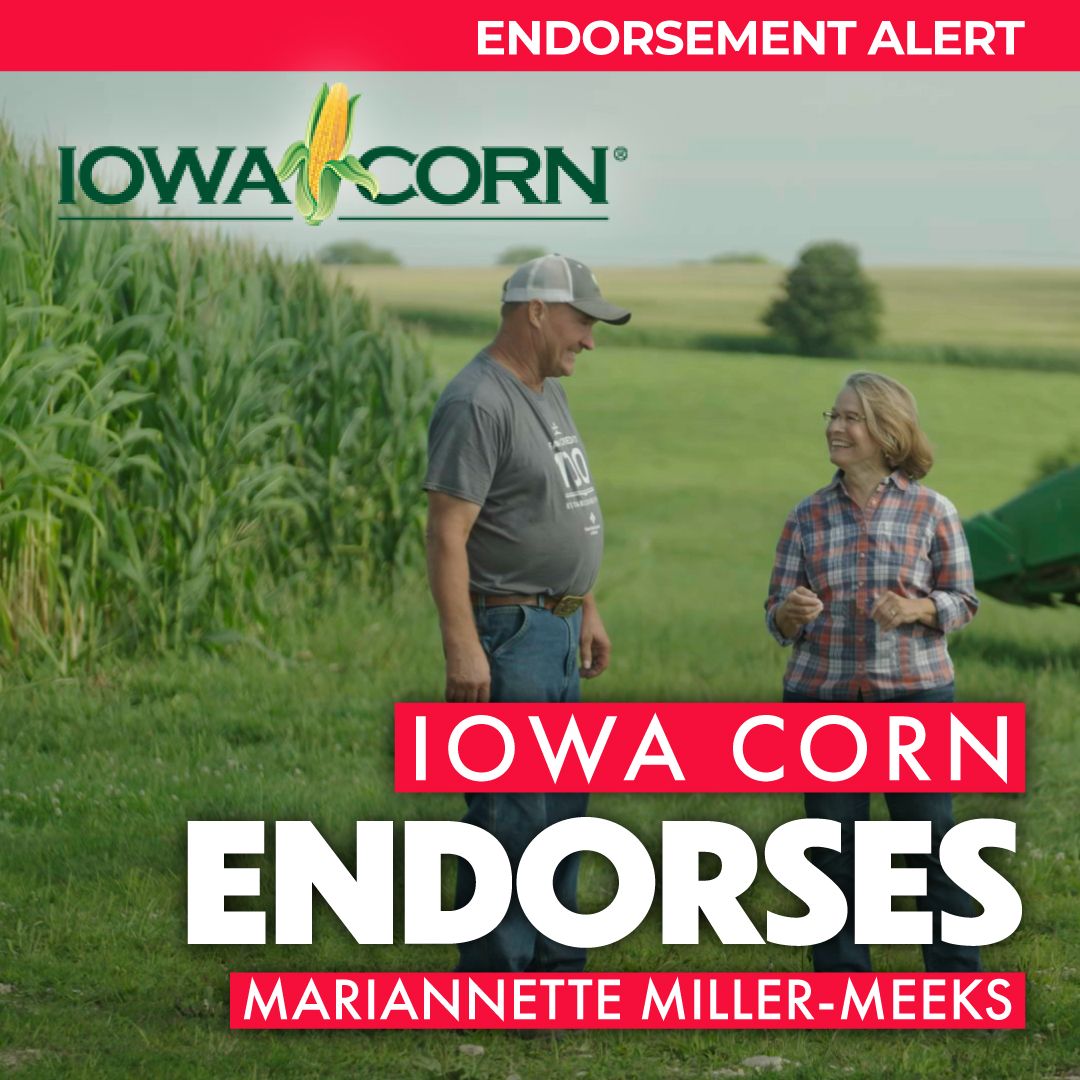 "Freedom is on the ballot in November and Iowans will have the chance to make their voice heard. We either expand freedom in this state or fall to a woke ideology that goes against our values," Republican Party of Iowa Communications Director Kollin Crompton. "Iowans know the consequences of this election. The Democrat Party has gone too far."