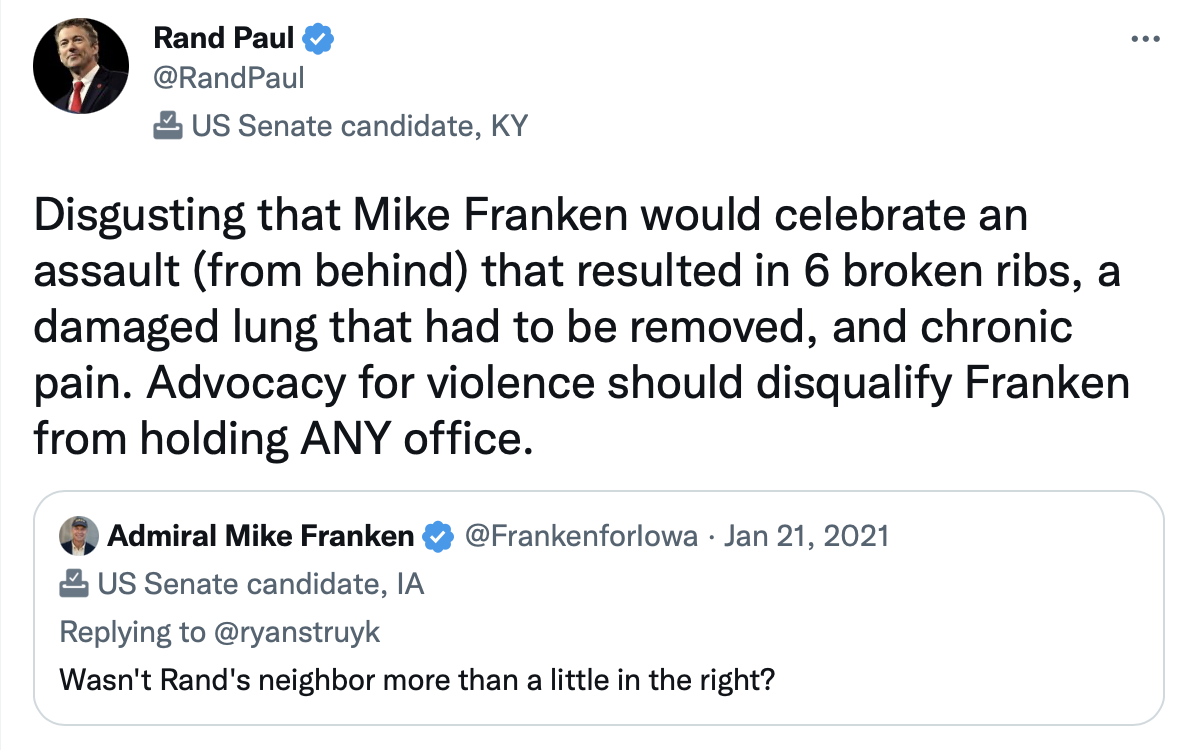 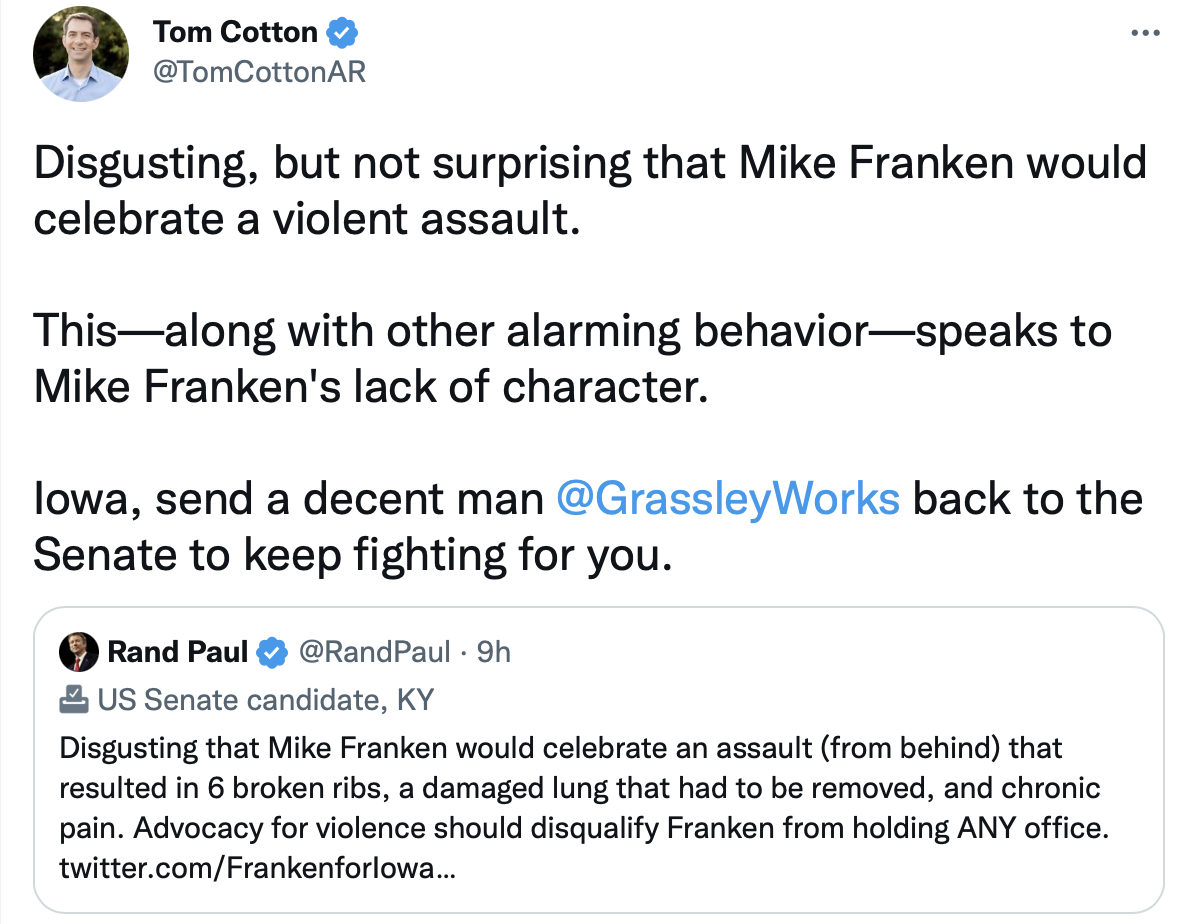 In January of 2021, Mike Franken replied to a tweet referencing Sen. Rand Paul saying, “Wasn’t Rand’s neighbor more than a little in right?” Sen. Paul was attacked by his neighbor, suffering 6 broken ribs, a damaged lung that was later removed, and chronic pain. Sen. Paul went as far as to say, “Advocacy for violence should disqualify Franken from holding ANY office.” 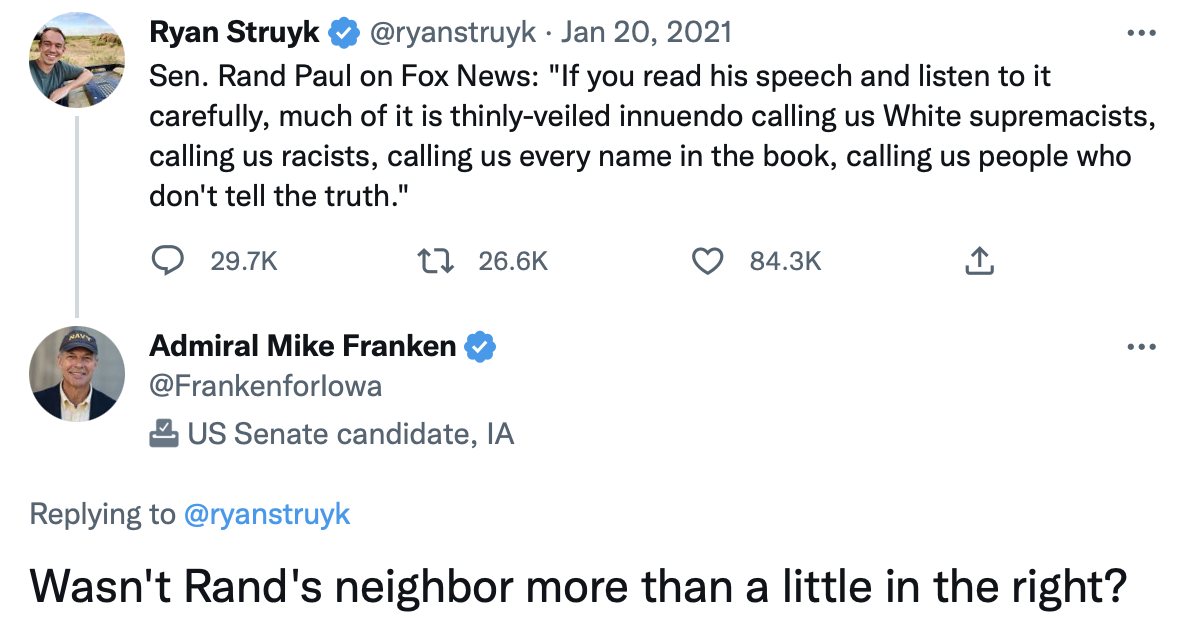 Franken’s loose lips have caused him more problems than this. Just last month, a police report showed that Franken was accused of assault by his former campaign manager.

In response to Sen. Paul’s statement, Franken called him an expletive. 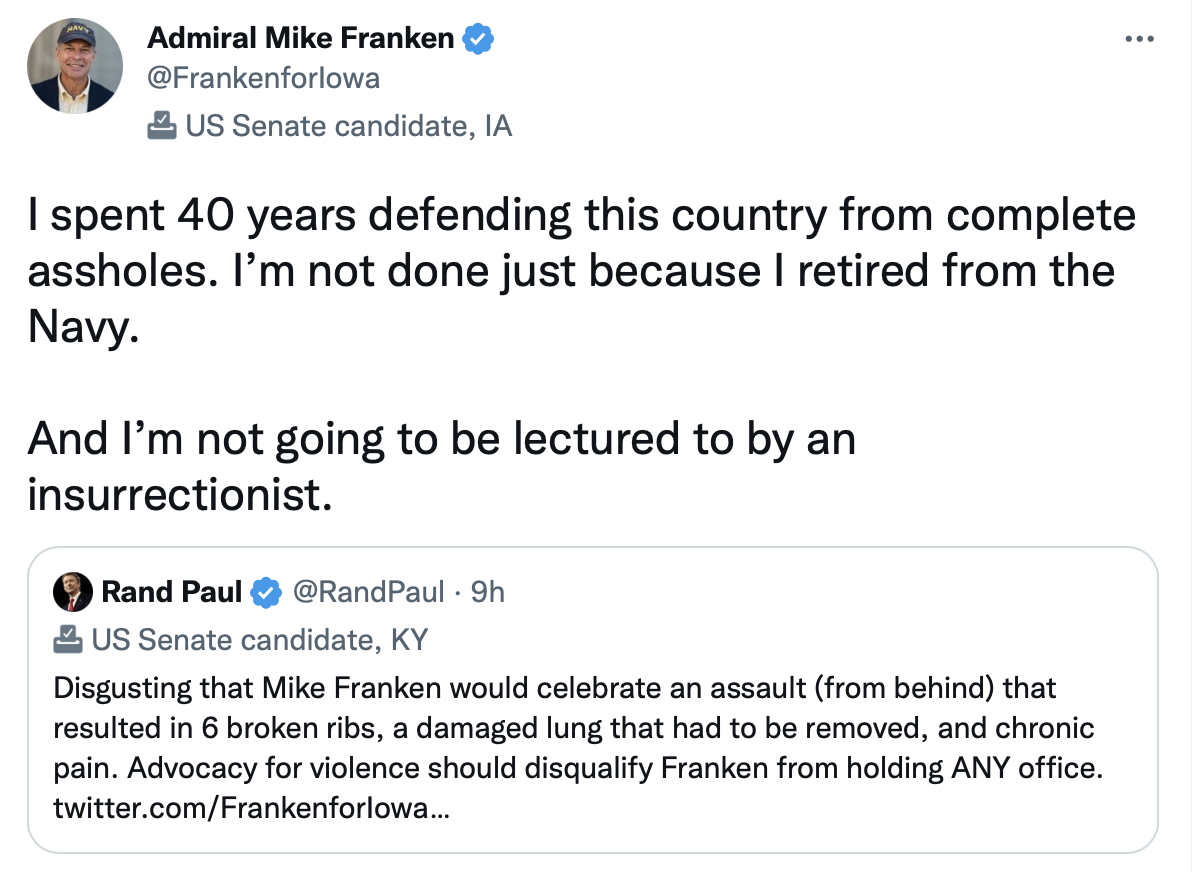 Franken has a long history of disgusting tweets. Here are just a few:

“Mike Franken is a loose cannon and an embarrassment. Accusations against him, paired with his acceptance of political violence and vitriolic comments shows Iowans he is not the leader he claims to be. His people over party slogan is a complete charade,” said Republican Party of Iowa Chairman Jeff Kaufmann. “Franken is just another extreme liberal, who's all in for Joe Biden and the Democrats' woke ideology. The Senator we need is the Senator we’ve got with Chuck Grassley.”