Today, Zach Nunn, candidate for Congress, released his first ad of the general election, highlighting Nunn's service to our country and Iowans.

The ad can be viewed below: 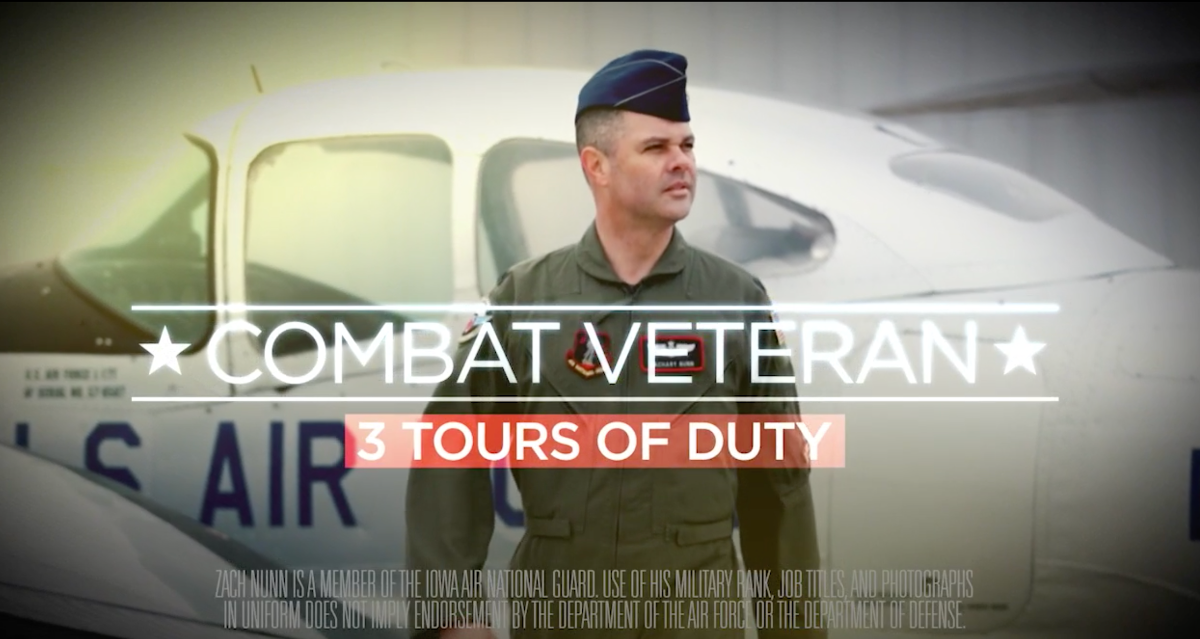 “In the Air Force, I flew over 700 combat hours and received defense decorations for saving U.S. Forces.

"The military instills patriotism, courage and service above self. These are the values I’ll bring to Washington.

"I’ll work across the aisle to get results, stand up to special interests, and always put Iowans first. I’m Zach Nunn, I approve this message because I’ll fight for you in Congress just as hard as I fought for you in uniform.”

"In Congress, Zach Nunn will fight for Iowans just as hard as he fought for them while wearing the uniform. Cindy Axne continues to vote in lock step with Joe Biden and Nancy Pelosi, and Iowans in the Third district deserve someone who will fight for their interests on inflation, border security, and education," said Republican Party of Iowa Communications Director Kollin Crompton. "Axne has failed Iowans, siding with the woke radicals in Washington. It's time Iowans end her career."