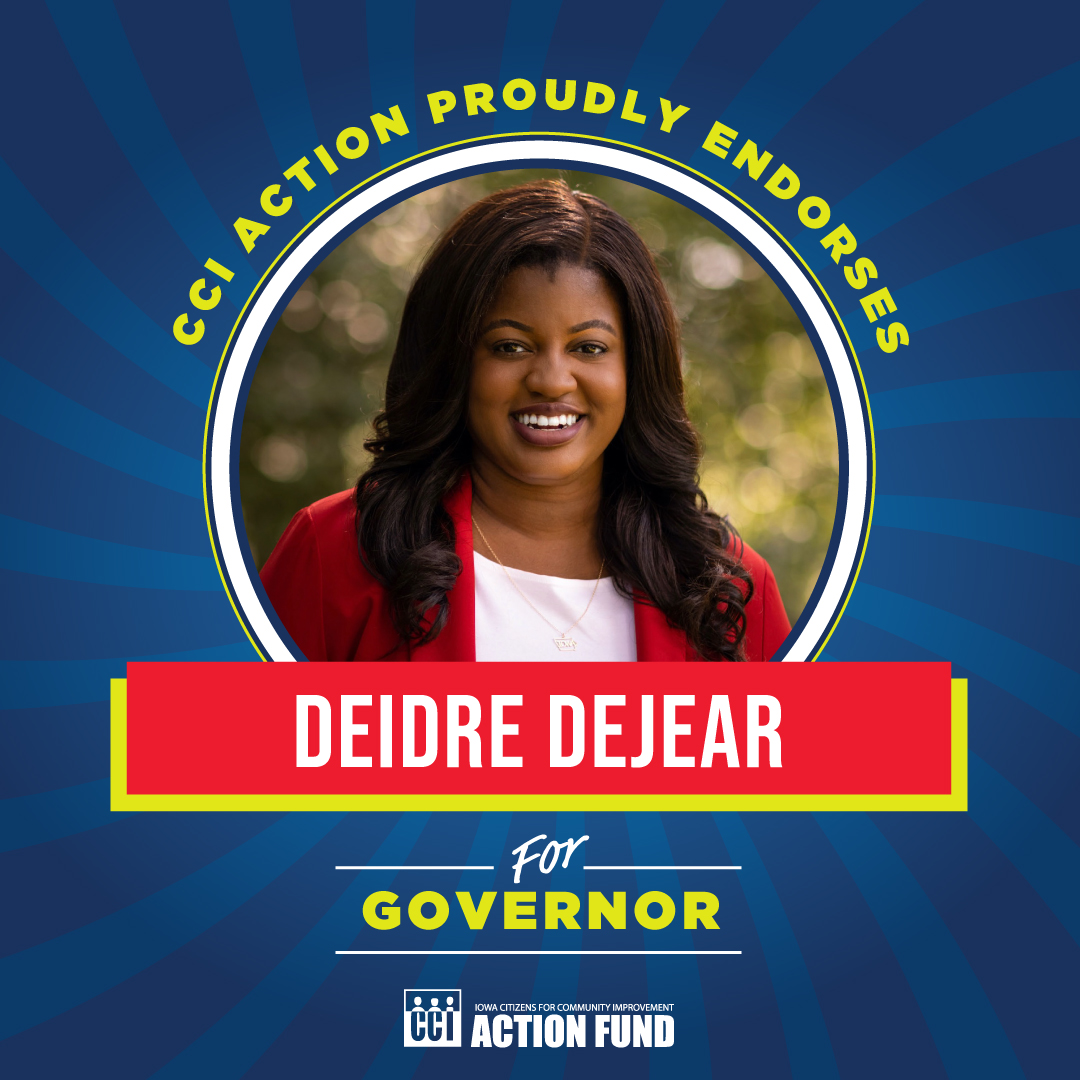 CCI says on their website that they want a world where "We've defunded the police."

This isn't the first time DeJear has taken an extreme stance on police and racial issues. DeJear refused to stand during Governor Reynolds' Condition of the State Address to honor law enforcement officers who put their lives on the line. 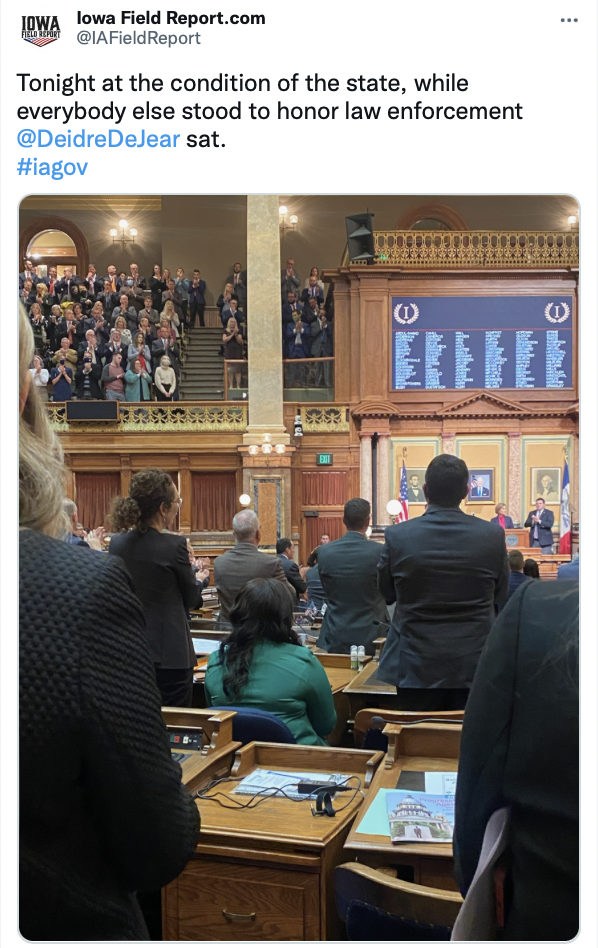 "DeJear has no respect for our law enforcement, which is exactly why she received an endorsement from such an extreme left-wing group," said Republican Party of Iowa Communications Director Kollin Crompton. "Iowans want their elected officials to Back the Blue and support our law enforcement officers. That's what Gov. Reynolds has done every step of the way and she's not stopping."