In typical fashion, State Auditor Rob Sand took to his twitter feed to mock Republicans for "misleading people" on Democrats' urge to defund the police. 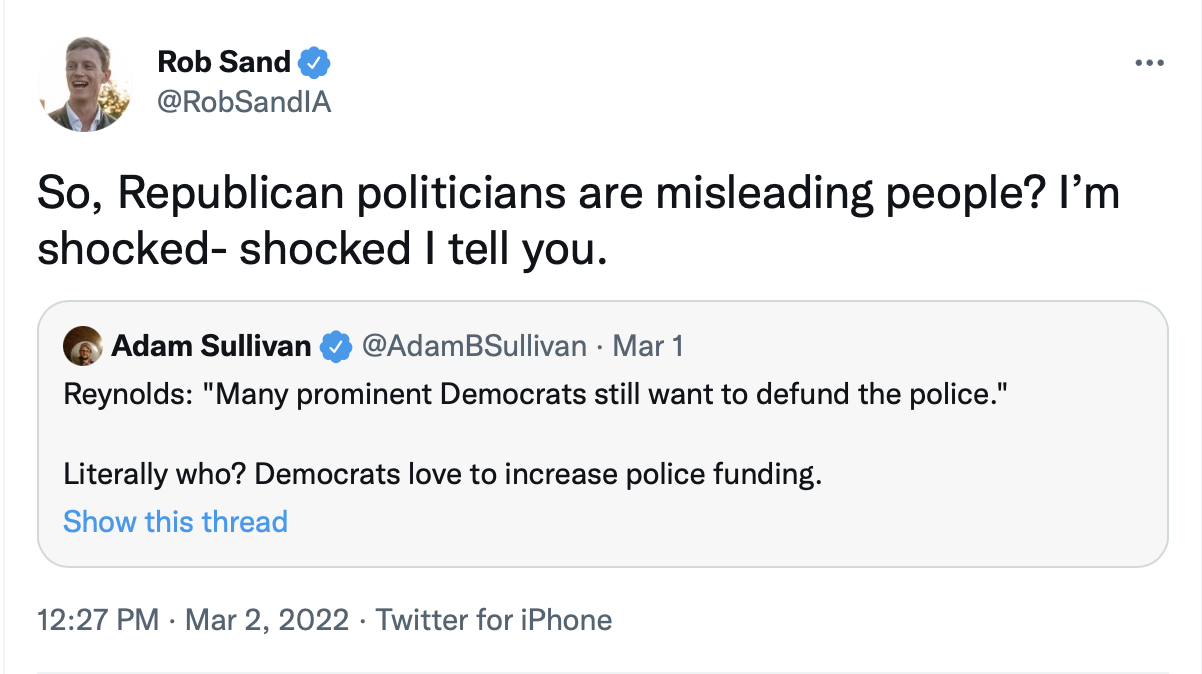 What planet has Rob Sand been living on? Here's a quick refresher for him - there's no denying that national Democrat leaders support defunding the police:

But it is not just national Democrats calling for police to be defunded, the Iowa Democrat party has been crystal clear on the issue:

Maybe Sand doesn't want to acknowledge that his party is a disaster and completely out of touch with Iowans. Regardless, it's Republicans that stand with the men and women of law enforcement, having their backs.

"Crime is on the rise, Democrats' polling is sinking and yet, prominent party officials continue to push their defund the police message," said Republican Party of Iowa Communications Director Kollin Crompton. "Just because Sand is worried about how this divisive, unpopular messaging will hurt his chances of re-election, doesn't mean he can re-write the facts and the fact remains, Democrats want to defund the police."