The Democrats’ Plot to Defame Republicans

The Democrats’ Plot to Defame Republicans

DES MOINES -- It’s no secret that Democrats have been obsessed with impeaching President Trump since day one. Yet even after an outrageous number of investigations and hearings, no evidence has emerged to warrant impeachment -- proving it’s nothing more than a politically motivated witch hunt.

Nevertheless, they are persisting.

Yesterday, House Judiciary Committee Chairman Jerry Nadler said, “We have our hands full with impeaching the president right now and that’s going to take up our limited resources and time for a while.” This reflects what most House Democrats believe -- even Cindy Axne recently said she’s “in full support of Rep. Nadler’s Judiciary inquiry.”

While unhinged Democrats continue wasting taxpayer money and time on endless stunts -- designed to score political points -- Iowans continue waiting on Congress to act on the USMCA, a deal that holds hostage $6.6 billion in Iowa exports and supports 130,000 Iowa jobs.

Furthermore, after The New York Times published a blatant smear against Justice Kavanaugh, several 2020 Democrats immediately called for impeachment. This is despite the fact that the NYT issued a correction that the accuser could not recall the incident. At the time, Senator Grassley’s team tried seven times to work with the accusers’ lawyers, but they declined to do so.

This appears to be part of a larger effort to target and defame President Trump, Justice Kavanaugh, and Senator McConnell. According to Axios, Democrats plan on painting these three as “villains” in their desperation to defeat the President in 2020. 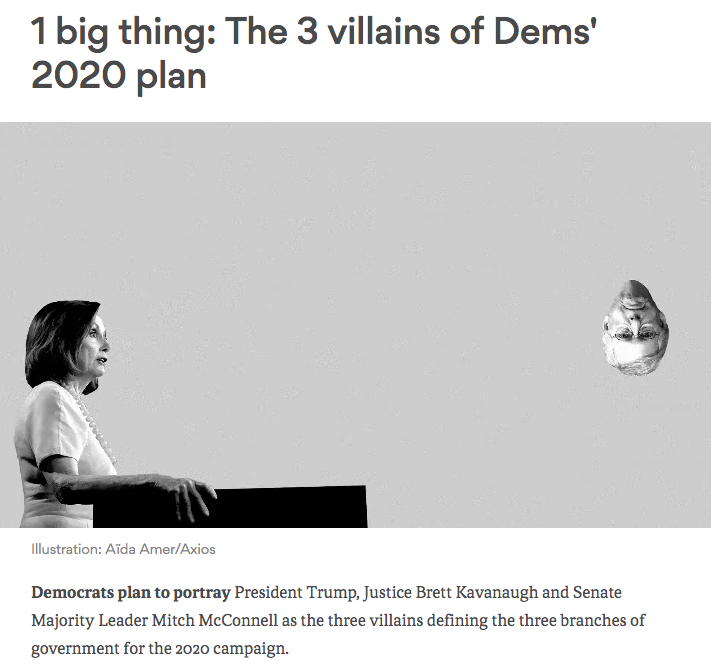 Democratic candidates running in a competitive Iowa Senate primary should be asked if they support these vicious attempts to threaten conservative justices with impeachment simply for political gain.