Tuesday, March 10, 2020
Iowans searching for where to find Chuck Schumer’s anointed candidate in the Iowa Senate Democratic primary will be disappointed again this week as she seemingly has no publicly announced events. 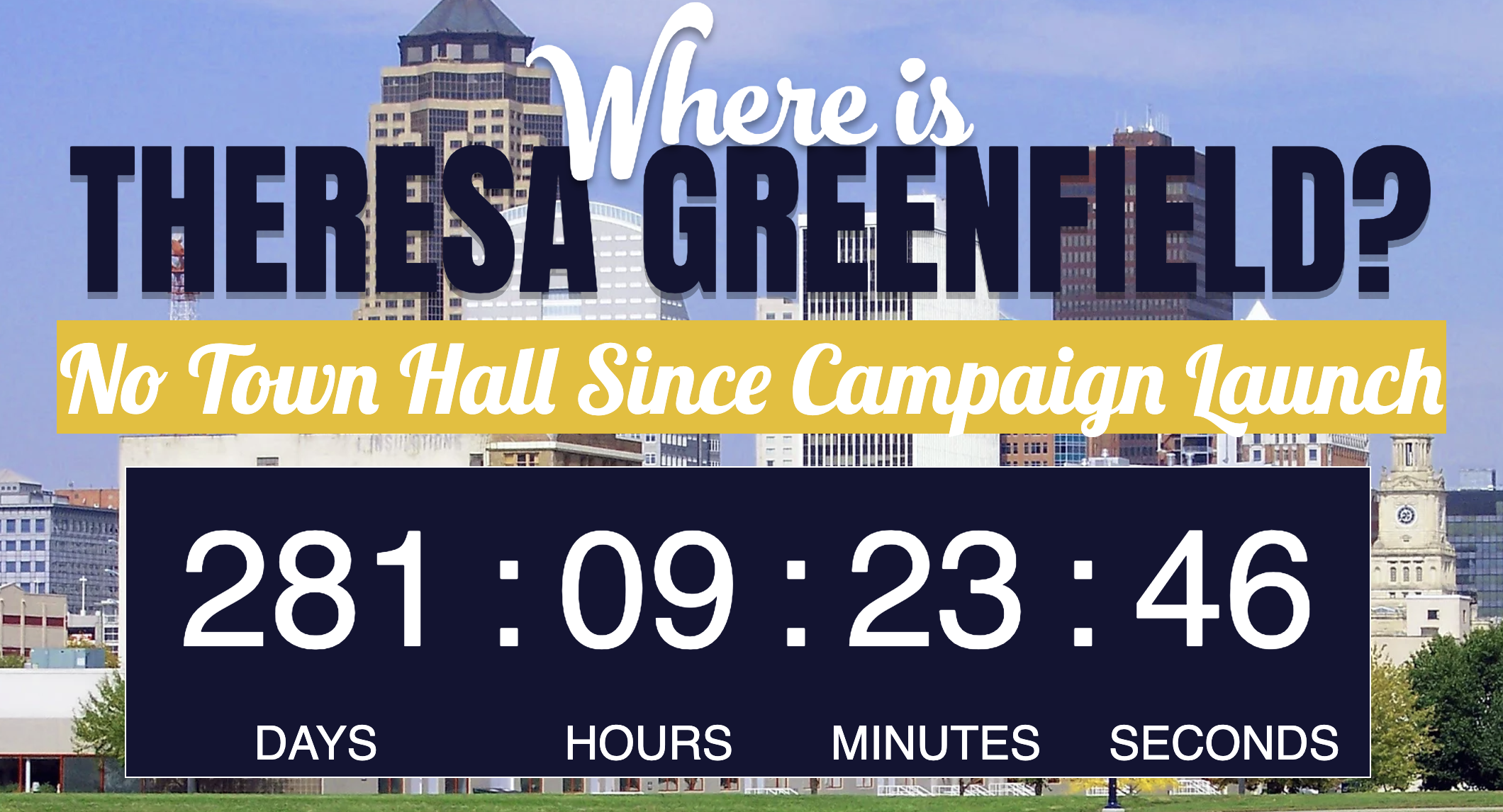 More than 281 days into the campaign, Greenfield has yet to hold a town hall to give all Iowans a chance to ask the questions most important to them. Instead, she’s hypocritically relying on Chuck Schumer’s $1.6 million ad to do all the heavy lifting. But, according to the latest Des Moines Register poll, it’s not working. Like her opponents, Greenfield’s name ID remains low and of those who know her, about as many people have a negative view of her as they do positive. Yikes.

Meanwhile, Senator Joni Ernst has been crisscrossing the state meeting with Iowans and holding town halls.

The contrast couldn’t be more stark.
###