Which One of These is Not Like the Other

Every member of Iowa's Congressional delegation has come out against the dangerous idea of adding justices to the Supreme Court - except Cindy Axne. 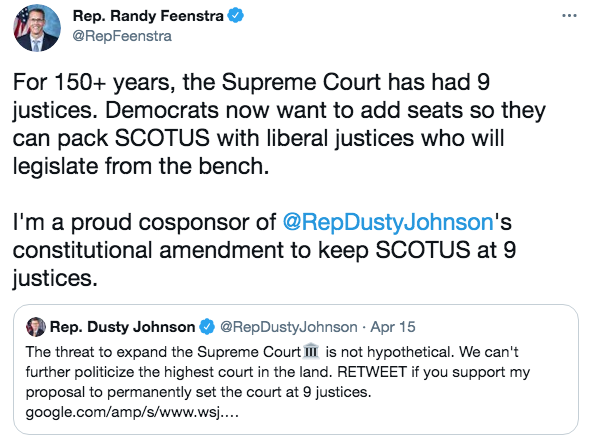 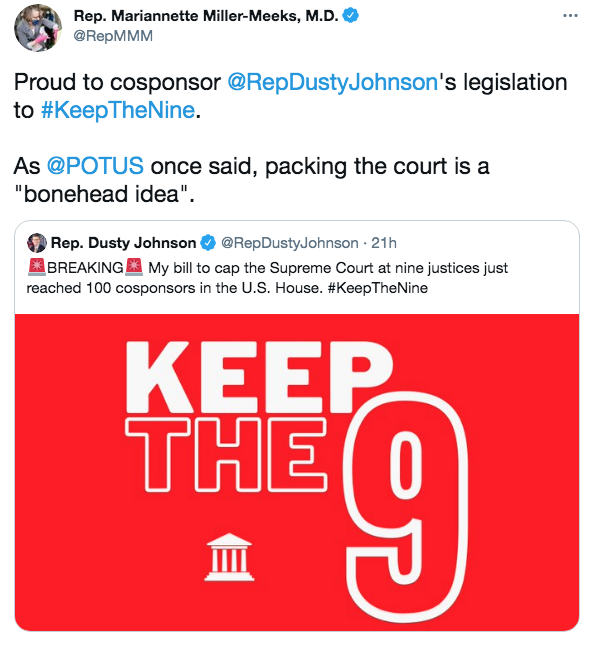 Why won't Axne denounce this attempt to destroy our institutions, what is she waiting for?

Adding justices to the Supreme Court is no longer simply a warning from Republicans. House Democrats introduced the bill, have advocated for the bill, and will eventually bring it to a vote.

Maybe Axne's inability to stand up to the radicals in her party, who are the ones behind this disastrous policy, is because members like AOC are funneling money into her campaign. This just proves what Republicans have been saying all along - Axne is beholden to her party bosses.

"Here we go again. Watch as Axne rolls out her old, tired talking point, claiming she's 'disappointed' or 'concerned,' only to eventually fall in line and have the backs of AOC over Iowans," said Republican Party of Iowa Communications Director Kollin Crompton. "For Cindy Axne, it's never been about representing Iowa's Third Congressional District. It's always been about what's in it for her and her political aspirations."