Axne's Past Comments Comeback to Haunt Her

Cindy Axne is a flip-flopping hypocrite.

An old video from Axne's first race in 2018 has resurfaced and proves she's become what she used to bemoan - a D.C. bureaucrat, bought and paid for by special interests. 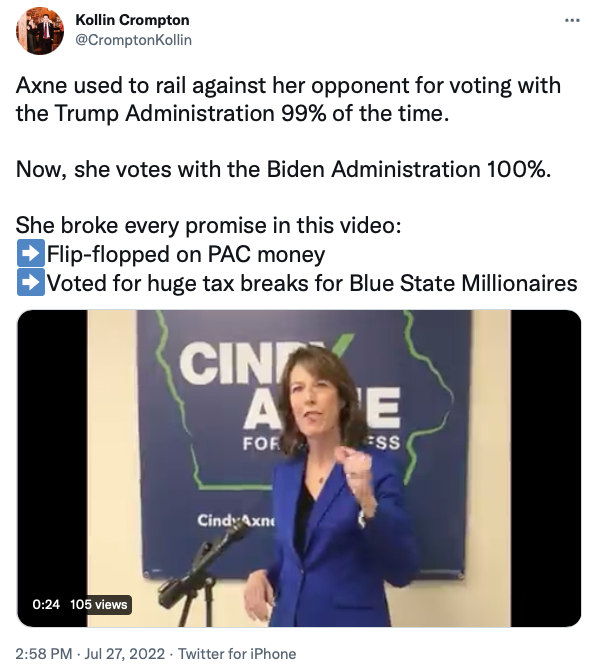 In the video, Axne rails against politicians who take corporate PAC money (which she flip-flopped on this year), her opponent voting to give tax breaks to millionaires (which she did through Build Back Better), and voting with the administration 99 percent of the time (which she beats at 100 percent with Joe Biden).

Axne has proven she campaigns in Iowa one way and then backs the Washington elite when she's in Congress.

"Iowans can sniff out a phony when they see one," said Republican Party of Iowa Communications Director Kollin Crompton. "Axne has broken every promise she made to Iowans and they will reject her for it."