In fact, not only does Greenfield find deceptive ways to break her pledge, she actually tops the list of Chuck Schumer’s Democratic candidates, taking the most money from corporate funded Leadership PACs. As Open Secrets reports, DC Democrats are “pouring $186,000 into her campaign from leadership PACs.” 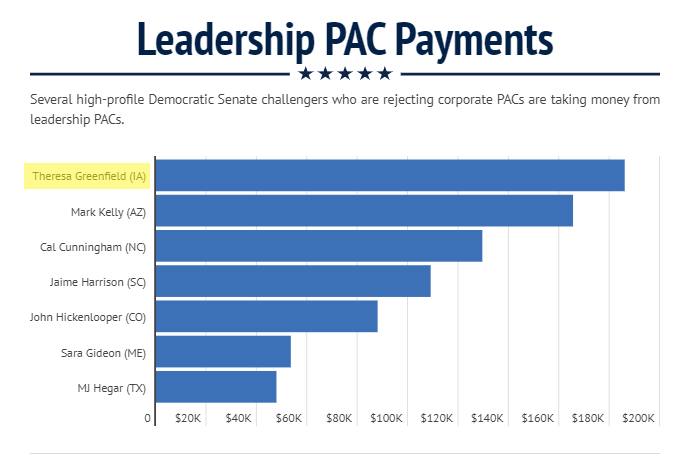 At a rare appearance, Greenfield stated: “I hear about getting big money out of politics. The corruption, the influence of corporations, the outsizedness of special interest. Regular everyday Iowans, they just think it’s not fair. And you’re right it’s not fair. I have taken a pledge to not accept any corporate PAC donations for this race.” But, it appears Greenfield must have had her fingers crossed behind her back, as Open Secrets tells a different story.

Greenfield has spent her entire campaign dodging Iowans and avoiding questions. When she does step out of Chuck Schumer’s “windowless basement,” she touts deceptive lines like this. No matter how much Greenfield and her boss Schumer try to hide, Iowans see through their deceptive and hypocritical tactics.