Less than two weeks after the Times-Republican reported that Theresa Greenfield “made an oath not to take money from special interest groups or corporate PACs,” it appears she has already abandoned her pledge.

Additionally, one can only assume that Greenfield doesn’t want to return the more than $355,000 worth of contributions she received from corporate-funded Leadership PACs and special interest groups.

Further cementing Greenfield’s complete flip-flop is the fact that 11 days after posting the story, the Times-Republican issued  a correction yesterday and removed Greenfield’s oath: 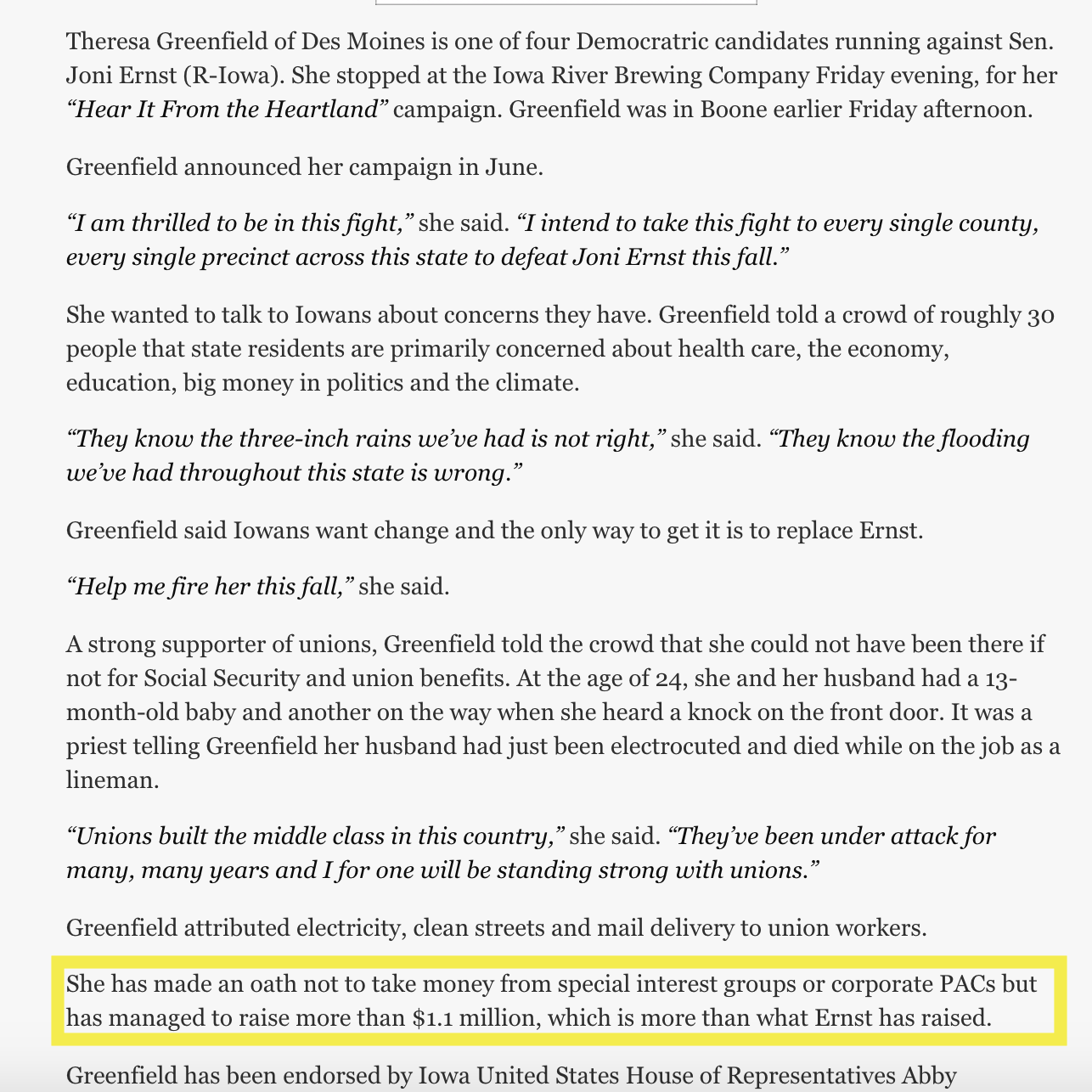 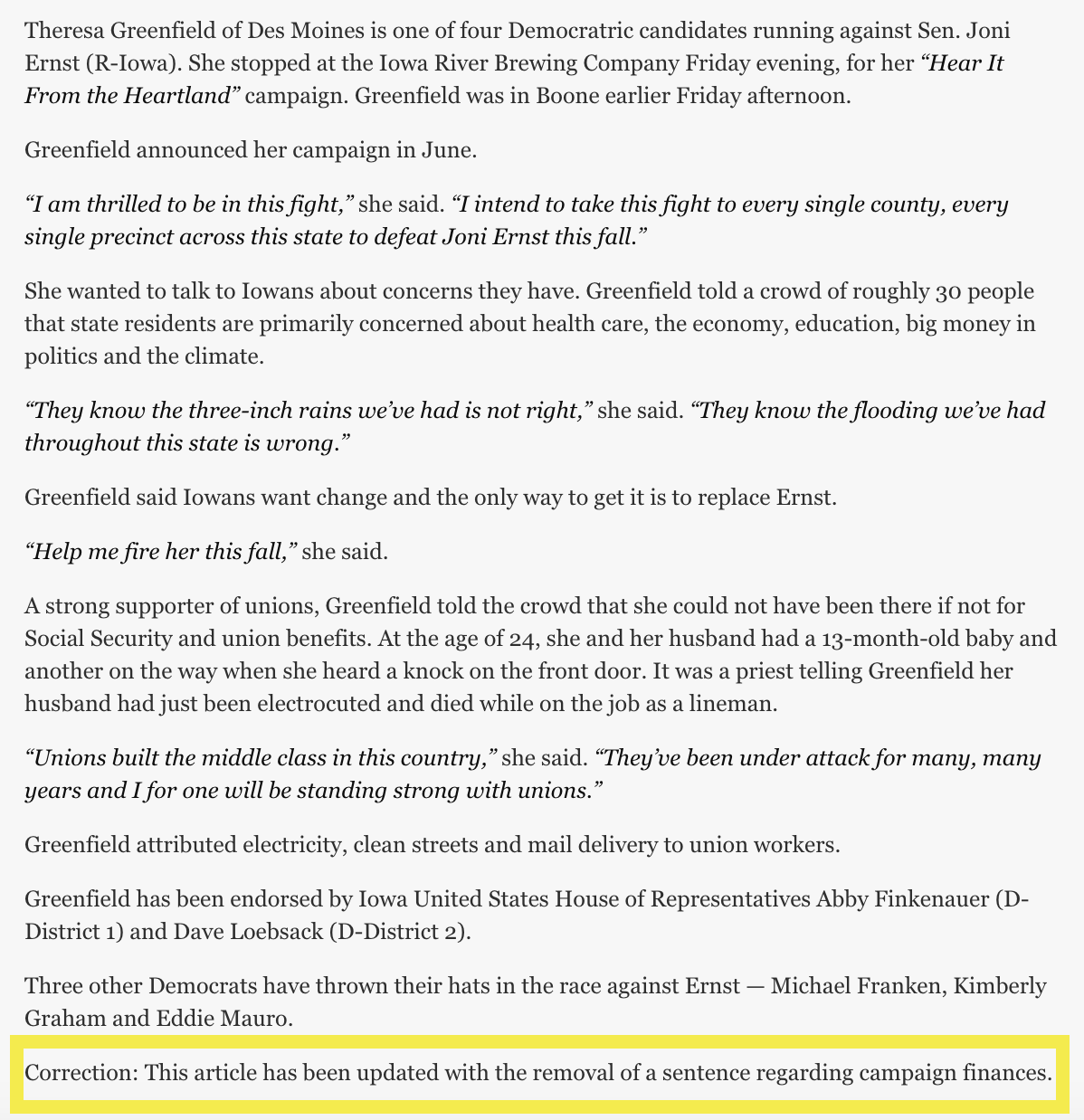 Was Greenfield blatantly lying to voters in Iowa with her misleading oath? Or was this another gaffe?

Considering Greenfield and her campaign were actively promoting the article containing the falsehood (before a correction was even made), it must be the former.

Iowa voters won’t fall for such hypocrisy and blatant lies. Greenfield has some explaining to do.