Loebsack: Where is Cindy Axne?

In a tweet sent late Sunday night, Loebsack said, "As someone who worked across the aisle on this issue for years, I find it unfathomable that they could find no Dems to sign on to this letter." 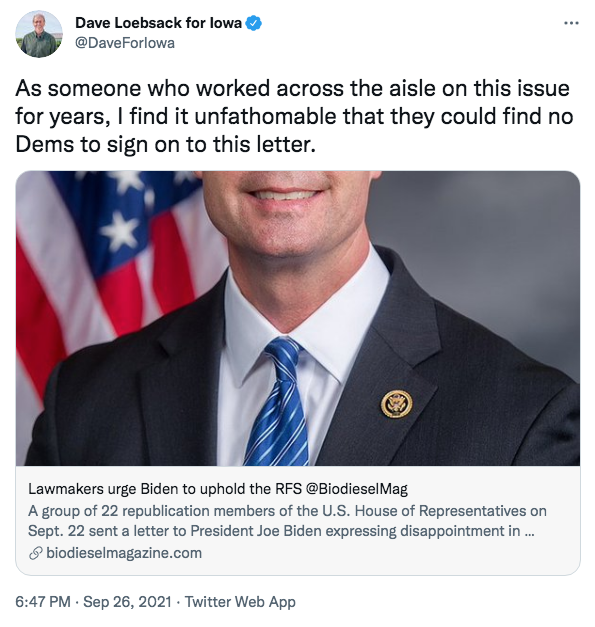 In the tweet, Loebsack was referencing a letter sent by 22 House Republicans urging the Biden Administration to keep its promise to uphold the Renewable Fuel Standard.

Loebsack's tweet put all eyes on Iowa's lone federal Democrat Cindy Axne. Her absence from the letter signals that Axne is willing to put Iowans in the backseat to gain favor with the failing Biden Administration.

"The fact that Cindy Axne can't even sign on to a letter, supporting the RFS, shows she only cares about pandering to Iowans and isn't willing to put in the work with her own Administration to get things done on behalf of her constituents," said Republican Party of Iowa Communications Director Kollin Crompton. "Axne continues to ignore the Biden Administration's direct attack on our economy and puts her party allegiance ahead of Iowa farmers."