One of the biggest endorsements in Iowa's Third Congressional District has been made: Iowa Farm Bureau has endorsed Zach Nunn.

Iowa Farmers know they can trust Nunn to defend Iowa agriculture and protect farmers' way of life. Through his work in the Iowa Legislature, Nunn has voted in support of cutting income taxes, the Beginning Farmer Tax Credit, tax exemptions on capital gains so farmland can be passed down to the next generation, and the elimination of income taxes for retirees.

“With one in every five Iowans employed in agriculture and ag-related industries, we must elect Friend of Agriculture candidates who will continue to be champions for agriculture and the hard-working Iowa families who make their living feeding and fueling the world,” said Boone County farmer and IFBF PAC Chair, Kriss Haglund. 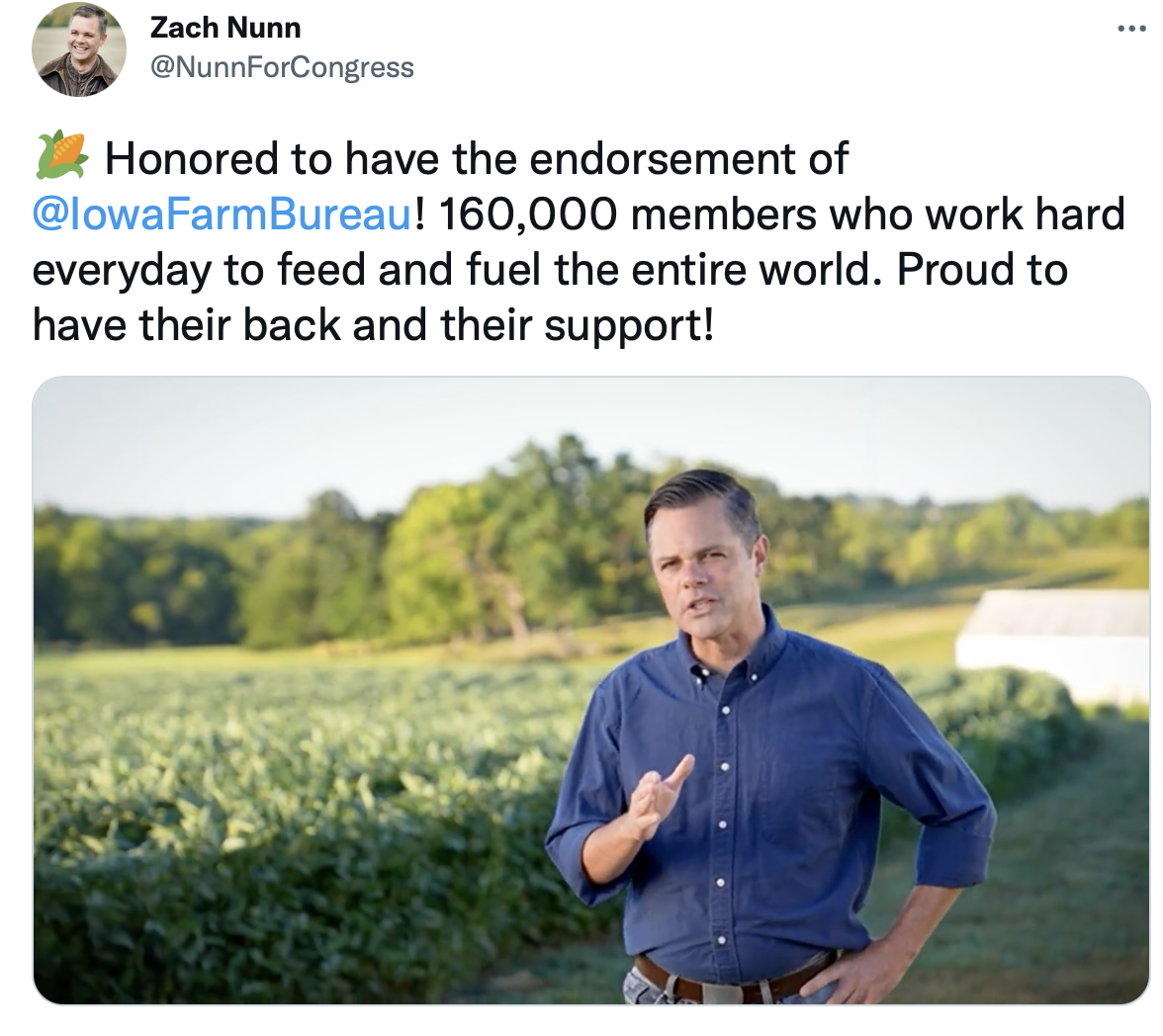 Cindy Axne has stood idly by Joe Biden's disastrous, harmful agenda. Her policies have made farming more expensive, put up more government barriers and made it more difficult for the next generation to farm. Axne has even tried to lie about her stance on Trump's trade war - showing Iowans she can't be trusted.

"Iowa farmers know the coastal elites that control the modern Democrat Party don't care about them, and that sentiment goes from Joe Biden all the way down to Cindy Axne," said Republican Party of Iowa Chairman Jeff Kaufmann. "Zach Nunn will stand up and fight for Iowa Agriculture the same way he has done in the state legislature. There's no spin with Zach Nunn. That's why he received this endorsement."