The Deal Axne Doesn't Want To Make, Or Does She? Inbox Iowa GOP Press via mailchimpapp.net

This issue, that radically transforms America, is exactly what Democrats tried to avoid on the campaign trail. That's why Iowans are demanding answers - where does Cindy Axne stand?

The Green New Deal would be detrimental to Iowa's agriculture industry and force burdensome regulations on thousands of Iowa's farmers - leading to the devastation of Iowa's economy. 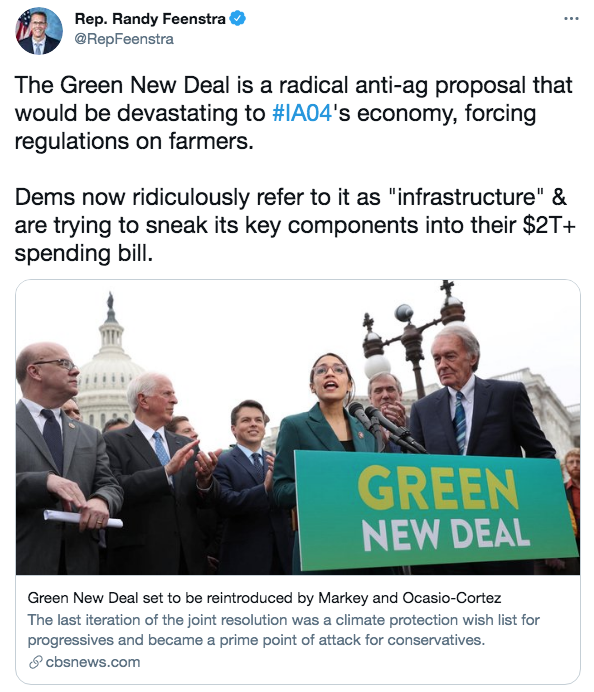 With all this on the line, Axne should be standing up to Pelosi and rising in opposition to this progressive attack on rural America.

"The Green New Deal is just the latest way for Democrats to restructure our country in order to consolidate power in Washington," said Republican Party of Iowa Communications Director Kollin Crompton. "Everyone knows this 'deal' is bad for Iowa, and it shows Axne is far more concerned with passing Pelosi's agenda than representing Iowans in Congress."